Lexington, MA -- (SBWIRE) -- 01/28/2015 -- ownCloud, the world's most popular open source file sync and share project, turned five last weekend, marking a half decade of rapid adoption, thankful users and one of the most active and dedicated open source communities (in the top 2% of all project teams on Open Hub).

ownCloud gives enthusiasts and technical users a free, secure and innovative way to sync and share data from the storage of their choice. With more than 2 million users worldwide, ownCloud offers the ease-of-use, flexibility, sophistication, privacy and security unmatched by consumer-grade apps. ownCloud installs easily on a web server, enabling anyone to host their own file sync and share, using their own storage (or cloud storage they choose), instead of relying on third parties outside of their control.

"ownCloud really struck a nerve those five years ago and continues to give individuals and businesses the ability to control their files," said Frank Karlitschek, founder and leader of the ownCloud project. "We are lucky to have one of the most active communities in the world, as you can see here."

- Mobile apps for iOS and Android

- Drag and drop in the browser

ownCloud has had over 58,000 commits made by more than 550 contributors, currently developing ownCloud at a speed of about 1,500 commits (changes to code) per month. This makes ownCloud one of the largest open-source teams in the world — in the top 2% of all project teams on Open Hub.

These code contributors represent more than 10 countries, but ownCloud also has been translated by the community – at least partially – into more than 70 languages, 32 of which are fully translated.

ownCloud is More than Just File Sync and Share

ownCloud is also a powerful platform on which to build apps. On average, 7 to 10 apps are updated or released a week. These apps range from video streaming to calendars to a Google Reader replacement. And these apps get huge numbers of downloads – the top-ten apps have from over 11,000 to almost 30,000 downloads per app.

In less than two weeks, ownCloud expects to release ownCloud 8, introducing many improvements for end users and system administrators.

About the ownCloud Community
ownCloud began at a community event in 2010, aiming to bring greater flexibility, access and security to data in the cloud. ownCloud enables universal access to files through the widely implemented WebDAV standard, providing a platform to easily view and sync contacts, calendars and bookmarks across devices while supporting sharing, viewing and editing via the web interface. Installation has minimal server requirements, doesn't need special permissions and is quick. ownCloud is extendable via a simple, powerful API for applications.

About ownCloud, Inc.
Based on the popular ownCloud open source file sync and share community project, ownCloud Inc. was founded in 2011 to give corporate IT greater control of their data and files -- providing a common file access layer across an organization, enabling file access from any device, anytime, from anywhere, all completely managed and controlled by IT. Company headquarters are in Lexington, MA, with European headquarters in Nuremberg, Germany. 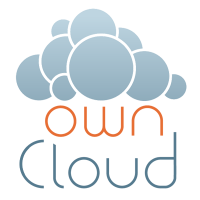