Rustik Brü Brewing Company will be a 10 bbl distribution brewery located in Morgantown, WV. Besides high quality ales, what they have planned will be extremely impressive to see.

As a distribution brewery, Rustik Brü Brewing Company will be different from a brew pub in that they will only manufacture the beer and distribute it to local bars, restaurants and retail stores. They will not have facilities open to the public and under current West Virginia law for distribution breweries, on premise public alcohol consumption is not permitted. However, consumers will be allowed to enter the brewery and purchase their beer to be enjoyed at their home or special event.

Once Rustik Brü is operational, they will have two craft beer brands that will be their initial releases, Auld Adage Ale and Black Forge Ale. Then, depending on the season, they will continue to release new beer. As they ramp up production, they will maintain a portfolio of year-round and seasonal brews.

The funding budget of $20,000 is only a portion of what Rustik Brü is raising to fund this business. The money raised from this campaign will allow them to enter the craft beer market early via contract brewing. Although they need to raise $500,000 to build their own brewery, they can start small by allowing another brewery to brew beer for them. 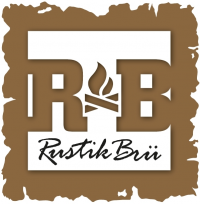