Past Apple Employee Creates App That Detects Blinking for the iPhone

Tinley Park, IL -- (SBWIRE) -- 09/24/2013 -- The newest technology has been utilized to create Zwiffer’s iPhone application, NoBlink. NoBlink performs blink detection, which helps iPhone users take perfect photos by automatically sensing when a person is blinking, and retaking the photo. As more people use their mobile devices to capture special moments, they desire to have the latest tools to generate the best images. The technology used to create the application has never been seen previously.

Many people will ask why they haven’t seen this kind of application before. This is because the technology has just become available. As an innovator in the iOS application field, Zwiffer is the first to deliver the new technology to their customers. The new blink detection requires the device to be running on iOS 7.

Another popular question is how an application can detect when a user is blinking. While taking a photo, the new application will automatically determine when a person in the frame is blinking by using advanced API’s released in iOS 7. “It works in a very similar way that face detection does.” says Matthew Knippen, creator of the application. “It will then display a clear and simple-to-read blink indicator at the top of the device. Users of the application have been very pleased with how simple it is to use and how well it works.”

Zwiffer is known for designing quality applications. In 2010, the company won the Best Game Award at iOSDevCamp for the iPad game application, Diode. The products created by the company are built using precision and well-structured design and architecture. Innovation in technology is used for every program, producing well-liked applications. With their expert knowledge, they have developed a high-tech blink detection application that will be available in the iOS App Store soon. To view the new application, visit http://www.zwiffer.com/app/noblink/.

About Zwiffer, Inc.
Zwiffer is composed of a team of iPad and iPhone specialists who design state-of-the-art game and camera applications. Matthew Knippen, Zwiffer’s CEO, has been part of the creation of over 30 iOS applications. He and his team of developers have been using iPhone SDK since its inception. In the past, Knippen has been employed at Apple, IBM, Deck5 Software, Lextech Global Services, and has worked under various contracts. Having been trained by Apple Engineers at the Worldwide Developers Conference (WWDC) for the past three years, Knippen is able to build distinctive applications that are made with quality code. Zwiffer is available to perform custom contract projects. To view all games and applications offered or to contract Zwiffer for a custom project, visit http://www.zwiffer.com/. 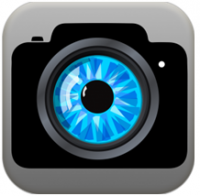