Orlando, FL -- (SBWIRE) -- 07/12/2012 -- The Law Offices of Paul & Perkins PA recently announced Orlando personal injury attorney Paul C. Perkins was awarded the prestigious “AV Preeminent Rating” by Martindale-Hubbell Peer Review Ratings. The designation, one that less than five percent of attorneys attain, is the latest in a growing list of recent local and national distinctions for the firm.

The AV Preeminent Rating is the highest rating awarded to attorneys by Martindale-Hubbell. To obtain the rating an attorney must adhere to the highest ethical standards and possess superior legal abilities as rated by judges and fellow attorneys. Receiving the nationally recognized distinction places the recipient among the elite attorneys in the nation.

The Law Offices of Paul & Perkins also announced numerous awards and recognitions other members of the firm have received recently.

Founder David A. Paul was selected as a Super Lawyer for 2012. It is the third consecutive year he has received the distinction as one of Florida’s top lawyers from the industry recognized attorney-ranking website. Attorneys earn the distinction of Super Lawyer after a nomination and rigorous evaluation including peer reviews and third-party research followed by another screening process and final selections. A Super Lawyer designation indicates a lawyer is in the top five percent of attorneys in his or her state.

About Paul & Perkins P.A.
Paul & Perkins PA is an Orlando, Florida based law firm specializing in personal injury and professional negligence claims. The firm prides itself on getting justice for the lives that have been lost or altered forever due to professional negligence. Paul & Perkins adhere to the belief that teamwork is vital to success in life, and the firm has made a commitment to teamwork as its bedrock. Because of their team approach to the practice, Paul & Perkins has achieved extraordinary justice on behalf of their clients against some of the nations largest corporations in Florida's courtrooms.. The attorneys of Paul & Perkins P.A. have combined to get their clients settlements or verdicts of more than $1 million on more than 25 occasions.

For more information, visit http://www.orlandotriallaw.com/ or contact the firm’s office in Orlando, Florida at 407-540-0122. 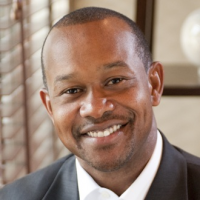