Fusing the facets of a classic thriller with the fast-paced unknowns of new technology, author Jerry Hatchett keeps readers on the edge of their seats with his powerful new novel.

Houston, TX -- (SBWIRE) -- 11/29/2012 -- Author Jerry Hatchett has one goal – to keep readers locked into his books and so engrossed that they can’t put them down. If reviews for his debut thriller are anything to go by, he’s achieved all of this and more. ‘Pawnbroker’ has already built a reputation for thrusting readers deep into the heart of its Mississippi setting and never letting them go.

Gray Bolton's life as a pawnbroker in a Mississippi town is good. He has a beautiful family and the future looks bright. Then an armed robber walks in and changes everything. Bolton kills the man, then discovers that he was anything but a common criminal. Trouble cascades upon Bolton from the police, from home, and from unknown parties who may be the most vicious of all. They all appear to be after the same thing and they will all do anything to get it. Unfortunately, Bolton has no idea what that thing is. His battle to find out will test him in ways he couldn't have imagined, and the stakes are simple: Everything.

This thriller from Jerry Hatchett snatches you early and doesn't let go. It is fast, intense, and the pages thrum with authenticity. The author's style is smooth and easy with remarkable pacing throughout this afterburner of a debut, resulting in a tale that you literally cannot put down.”

The author, a noted expert in digital forensics, worked diligently to craft a novel that would stand out from the crowd.

“As a writer, it's critical to cut through the ocean of material being published today and make your authorial voice heard. That's tough, since so many are convinced they've written the next Great American Novel. With this in mind, I have worked hard to write a tale of characters you can cheer for and against, ordinary people thrust into extraordinary circumstance. My lifelong geek nature always rears its head with some technogoodness, and Pawnbroker is definitely no exception as it introduces some brand new technology that is very...compelling.”

“Fast-paced, with exciting twists and turns and a good sense of the Mississippi setting, I was hooked straight away by the sinister prologue and stayed hooked until the epilogue, which I thought was a nice touch. I found this novel ‘unputdownable’ and devoured it in three sittings. Highly recommended, and I hope for more titles from the author,” says L. Cole, who reviewed the book on Amazon.

Another reader, Kelly Campbell, was equally impressed. He said, “It has fabulous descriptors that make each scene vivid and real. It is written in a laid-back style that fully shows life in small city Mississippi. I gotta stop writing and get back to reading!!”

With seals of approval from across the country, fans of Hatchett’s work await the release of his next techno-thriller.

In the meantime, ‘Pawnbroker,’ published by Amazon Digital Services, can be purchased directly from the publisher: http://amzn.to/WhQUtU

About the Author: Jerry Hatchett
Jerry Hatchett (1959-present) was born and grew up in the creatively fertile Mississippi Delta, and lives and works now in Houston, Texas. A lifelong admitted geek, he loves to create fast stories around characters you can cheer for and against. His work features a crisp tight voice that pulls you in and doesn't let go. 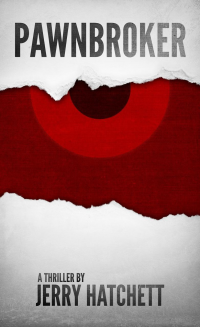