A technical skill-set can be taught and learned, the aptitude for success, drive, dedication, and disciple on the other hand is something one must possess.

Las Vegas Analyst, Jason Edwards, served in the United States Air Force (USAF) for 13 years. He can directly connect his experiences in the military to his current career as a GPR Analyst with Penhall Technologies. "My experience troubleshooting navigation and communication systems in the Air Force was challenging and rewarding. GPR technology is similar and it has been a smooth transition." Being a GPR analyst takes patience and a discipline. Joe Davis, GPR analyst serving the Islands of Hawaii, also credits many benefits of military experience to his professional career. Joe served four years in US Air Force and he says, "The biggest thing I took away from it was a reinforcement of my sense of integrity, especially in regards to quality of work. It was critical that my work be accurate and thorough as the consequences of poor workmanship could be devastating."

During the Herriman Wildfire in 2012, Utah Army National Guard veteran and GPR Field Supervisor, Kevin Nelson was able to serve his local community. "I assisted with the evacuation of homeowners and helped direct traffic during that time of emergency. I was part of an incredible team, who instilled a sense of urgency, accuracy, and overall professionalism. It has benefitted me in the civilian side, as I handle stress with ease, am able to keep a cool demeanor and communicate effectively." In addition to dedication and discipline, military veterans also learn valuable technical skills that can directly translate to their civilian roles as GPR analysts. Nelson continues, "On the technical side of things, I operated guidance systems that allowed my field artillery unit to effectively and accurately engage and destroy its intended targets during field training exercises. Understanding and analyzing data from these systems precisely and accurately is imperative in my current role as a GPR analyst."

Brett Caldwell, Penhall Technologies' GPR analyst located in Dallas, Texas, served 5 years in the US Army, achieving the rank of Sergeant. Brett was also deployed in Iraq and Afghanistan. When asked what his military experience contributes to his current career Caldwell replied, "The time I spent in the Army working with a multitude of complex systems has helped me learn new technologies. The ability to present technical data to my commanders directly translates to presenting technical data that is easy to understand to our customers."

The dedication, discipline, and technical & analytical skills obtained from time served in the United States Armed Forces has played a critical role for these veterans in their now civilian roles as Penhall Technologies team members. A technical skill-set can be taught and learned, the aptitude for success, drive, dedication, and disciple on the other hand is something one must possess.

Penhall Technologies is proud of their team of military veterans who work alongside their comrades with backgrounds ranging from Professional Educators, construction, mechanical, Biology & Chemistry, and Geologist. We humbly thank all those that serve and have served. 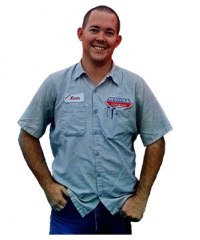