As one of Australia's leading pet insurance providers, Petplan announced this week that MS Amlin Syndicate 2001 of Lloyd's will become the new underwriter of their pet insurance plans.

Petplan Australasia was established in Australia in 2004 by Victorian brokers Doug and Gwen Ford, and expanded to New Zealand in 2008.

Mr Ford said the new partnership may lead to further expansion. 'MS Amlin has written pet insurance for a number of years and its experience in equine and livestock was also key for us, together with its financial standing and reputation.'

'We thank Allianz Australia for its past and ongoing support, but we see our partnership with MS Amlin as a stepping stone for Petplan's growth, not only in Australia and New Zealand but also in other parts of the world.'

About MS Amlin
MS Amlin are a leading insurer and reinsurer and are part of the top-10 insurance group MS&AD. With a 300 year record and more than 2,000 employees in 22 locations worldwide, MS&AD deliver continuity for businesses facing the most complex and demanding risks.

MS Amlin is part of a leading insurance group, Lloyd's, operating worldwide in the UK, Continental Europe, Bermuda, Singapore and the Far East, with new business ventures in Dubai, Hong Kong, North America and now Australia. They specialise in providing insurance cover to commercial enterprises and reinsurance protection to companies around the globe.

The largest syndicate in the Lloyd's of London market, MS Amlin are the leading player in a range of insurance with strategic business units focusing on primary classes of Pet Insurance, Reinsurance, Property & Casualty, and Marine & Aviation.

MS Amlin was formed in 1998 following the merger of Angerstien & Murray Lawrence. In November 2008, MS Amlin acquired Anglo French Underwriters; the largest Lloyd's cover holder in France, and in July 2009, obtained Fortis Corporate Insurance; a leading provider of corporate property and casualty insurance in the Netherlands. In 2010, MS Amlin Re Europe was set up in Zurich which also provides the capital management for MS Amlin Bermuda, followed by the Miami and Dubai offices in 2015. On 1 February 2016, MS Amlin was acquired by the MS&AD Insurance Group.

The head office is located in the Leadenhall Building, opposite the iconic Lloyd's of London building in the heart on London's financial district. There are also offices across the UK, Netherlands, Belgium, Switzerland, France, Germany, Singapore, Bermuda, Dubai, Hong Kong, Miami and the USA.

About Petplan
Since the arrival of Petplan in Australia, the standard of pet insurance has improved dramatically. Petplan products stand head and shoulders above the competition, due to being the only pet insurer that offers a true 'Covered For Life' policy. This means that Petplan will continue to pay claims for any ongoing, chronic or re-occurring illness for the rest of the animal's life, rather than just until the maximum benefit has been paid.

Petplan is also the only pet insurer in Australia that offers cover extending to Third Party Liability. Compulsory Public Liability cover is currently being considered in the UK, as part of possible changes to the Dangerous Dogs ACT. UK Government ministers are proposing that dog owners have to take out insurance to cover damage or injuries their pet causes, to try and tackle the growing problem of dog related incidents in the interest of public safety. 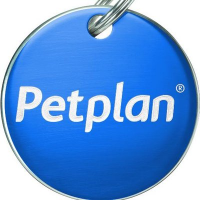