Encryption Expert, Phil Zimmermann, Explains How Backdoors in Cybersecurity Tools Give Privacy Only to Outlaws

In an interview with data security and privacy expert Rebecca Herold, Zimmermann recalls the government battles he faced by making PGP encryption free. He also describes how many lawmakers are degrading privacy in the name of fighting crime and terrorism. Interview set to broadcast Feb. 12, 5:00 pm Eastern.

Phoenix, AZ -- (SBWIRE) -- 02/12/2019 -- Most of our communications, and sharing of intimate secrets, are conducted electronically in one form or another. How many of those communications are being encrypted? How much is being tracked? Recent revelations about Facebook tracking their users beyond their site, and the reports of how Google, Uber, Amazon, Tinder, Apple, and dozens more organizations have used their services to turn our computers and phones into tech spies connected within a huge corporate- and government-controlled surveillance network, is of growing concern. What is going on, and how can people protect their data, and views into their life activities, and still participate in online activities? Rebecca Herold is thrilled to discuss these issues and more with Phil Zimmermann.

Dr. Phil Zimmermann, who teaches crypto at Delft University of Technology's Faculty of Electrical Engineering, Mathematics and Computer Science, in the Netherlands, is best-known for inventing Pretty Good Privacy (PGP). He is also known for improving internet telephony (VoIP) encryption protocols, creating the ZRTP encryption protocol, being the co-founder and chief scientist of Silent Circle, and numerous other notable achievements. Along with many other honors, in 2012 the Internet Society inducted Phil into the inaugural class of the Internet Hall of Fame.

Rebecca Herold, host of Data Security & Privacy with The Privacy Professor, will discuss PGP, encryption backdoors, government surveillance, and other related topics with Phil on her show airing Tuesday, February 12. Some questions that will be answered include: How does weakened security technology degrade the privacy of the population at large? Do terrorists and crooks actually use those weakened encryption tools? What are other, more effective, ways of accessing communications of targeted criminals and terrorists instead of through encryption backdoors? How does weak encryption support surveillance worldwide?

"Governments and other entities with goals of creating backdoors in security technologies, with the well-meaning but fatally flawed attempt to improve safety, could ultimately compromise data security and privacy, and make systems more vulnerable. Government and business leaders need to understand that privacy protections are weakened when data security protections are weakened, and there is scant demonstrated increased safety in return. There are many other ways to ensure a nation's security without making data security tools, such as encryption, weak and vulnerable to exploitation," explains Rebecca.

Ms. Herold has built a loyal and growing global listenership for her radio show over the past 12 months in part due to the wide variety of high-profile information security and privacy experts she has as guests.

Dr. Zimmermann can be reached at the following:
https://philzimmermann.com
prz@mit.edu 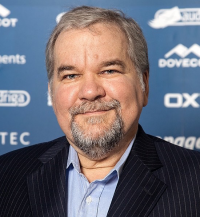