Milan, Italy -- (SBWIRE) -- 11/17/2014 -- "Childhood is the time when dreams can be huge and possible. Childhood is the time when fantasy can spread its wings and fly free. But we want to re-appropriate this right to dream, to imagine and unleash our creativity in that beautiful dream which is Devil's Legacy."- Phoenix Angel Studios' founder and CEO Gianpaolo G. Their passion is to create manga with the highest level of technical expertise; all of their drawings and animations are traditionally made by hand, in the greatest Japanese tradition in-house by their own staff delivering a rich anime experience that glitters and dances in front of the eyes.

The production team has over 20 years of experience in traditional Japanese drawing and animation and all have worked for respected Toei Animations and participated in the biggest anime series of all time including One Piece, Dragonball, Digimon among many others.

They have all the experience and skill needed to create the next anime masterpiece and launched their crowdfunding project to raise the funds they need to make this exciting project happen. Their intention is to go beyond just creating a new anime series, they will draw the viewer into the world of Devil's Legacy with an immersive effect enabling the watcher to experience powerful emotions invoked by the plot as manga fans are drawn into this fantasy world of constant adventure.

A crowdfunding goal of $3,500 is set in order to produce an eye-popping 20 page glossy full color pitch package intended to help them raise the funds they need from outside investors to get this animated series into full production. Stretch goals at every level straight through to $300,000 will allow the studio to create whole episodes entirely through crowdfunding.

About Phoenix Angels Studios
Founded by current CEO Gianpaolo G (G.G. for short) two years, G.G. wanted to create a company with one great idea in mind: Take anime to a whole new level by delivering quality productions that can match modern movie industry standards. Phoenix Angel Studios was born of G.G.'s deep passion for the anime genre which started back when he was a kid. 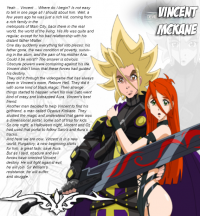 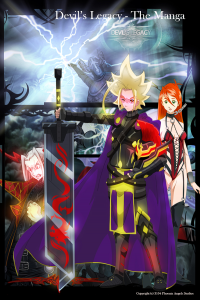 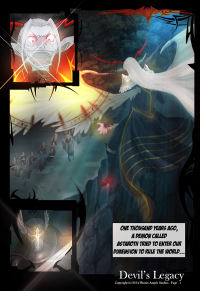 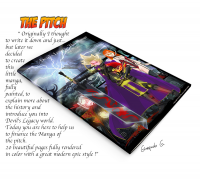