Pinterest goes all-in on Android and iPhone looking to get in on the exploding mobile app market, inspiring a new offer for a course that teaches everyday folks how to make apps with no programming experience so they can cash in on the mobile gold rush.

Silicon Valley, CA -- (SBWIRE) -- 08/17/2012 -- After Pinterest announced they will be publishing Android and iPhone apps to the app markets, it inspired a new offer from Mobile Ad Networks because “Pinterest isn’t the only one capable of making apps for the mobile gold rush”. While Pinterest has been in the spotlight for creating awesome social capabilities, small developers for Android and iPhone have been quietly making a killing with little known apps. This has promped the owners of Mobile Ad Networks to review a course teaching normal folks with no programming expierence how to make an app from just their simple ideas all the way through execution.

The Mobile Ad Networks site’s new effort inspired by the Pinterest launch of their Android and iPhone apps was devised to help everyday people understand how to make an app for Android or iPhone. The site hopes to show anybody who ever wanted to make an app for the iPhone or Android how easy it can really be even if they have zero experience. Mobile Ad Networks hope is that by teaching more people how to make apps it will open the door for more indie developers success and maybe create the next Pinterest.

Users interested in receiving this free informational review on this “how to make apps training course” and to learn about their impact can visit mobile-app-networks.com for more on the products and on the new informational offer.

For more information on the new “how to make apps” report, visit http://mobile-ad-networks.com/2012/08/how-to-make-apps/. 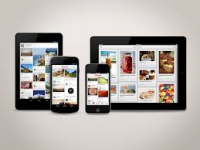