Dallas, TX -- (SBWIRE) -- 09/10/2013 -- With a $30,000 goal the creators of PLUM have launched a crowdfunding project on Indiegogo to bring a small tracking device to market that uses the existing 2-3G GSM network and GPRS, GPS technology to allow personal tracking anywhere anytime. The Personal Locator Universal Module, or PLUM, tracks any item in real time unlike trackers in the current marketplace that use limited Bluetooth technology. Just a little larger than a half dollar coin the device can be placed in a convenient place to keep track of important things and even more than that, important people.

Disconcerted by the claims of Bluetooth locators that say their devices can locate items flawlessly the future creators of PLUM saw a hitch in the promises. “We knew that Bluetooth technology was low power and used crowd sourced tracking. We were unable to see how the technology would work in the capacity the companies were claiming. Bluetooth uses a short range line of sight technology that works indoors in optimal conditions but it’s not very useful in the real world.” said Joaquin Lewis, Founder and CEO of PLUM. Aware that Bluetooth technology could not be used with crowd sourced apps because it would be virtually impossible to locate items due to a person’s need to have their phone’s Bluetooth on, be within 150 feet of the item, and have every person in the city with the same capability, the claims were “very unlikely.” As Lewis goes on to explain, “You can see, we happened on this project somewhat by accident.”

Taking their understanding to the drawing board about 7 months ago the team designed a real location and tracking device using the existing GSM network and technology 2g-3g GSM, GPRS, GPS. By taking the same technology used by a mobile phone and intentionally making it very small the PLUM was born. “We’re now bringing the most reliable and cutting-edge tracking device to the market.” added Lewis.

PLUM works with an iPhone 4S, iPhone 5, the new iPad, iPad Mini, the new iPod Touch, Samsung Android 4.0 devices as well as Android 4.3 devices. It has a one way open microphone feature which allows consumers to turn on the PLUM’s remote microphone to hear the surroundings in the vicinity of the device. It’s charged through the USB port on a computer and the battery lasts for thirty days or more depending on usage and settings. The innovative product uses a web interface that allows consumers to log into their account on their phone, computer or tablet using the GPS, GPRS to track the route the PLUM has taken to its destination in real time. In practical terms PLUM can be attached to anything from inventory to a consumer’s dog collar. It can be used for travel in a suitcase, on key rings, book bags or on a bike making it the only item with no limit to what it can keep tabs on.

PLUM was developed by a small start up company based in Dallas, Texas comprised of five engineers. The product’s creators include Joaquin Lewis and Muhammad Zubair. Lewis has been a RF Engineer for nineteen years and Zubair has ten years of experience as a Robot and Circuit Engineer. 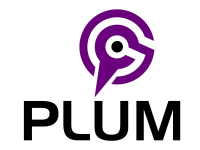 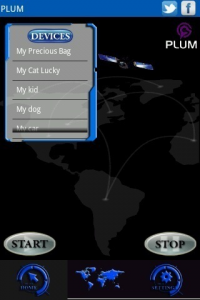