Yaky Yanay, President of Pluristem and formerly Chief Operating Officer, will join current Chairman and Chief Executive Officer Zami Aberman as Co-Chief Executive Officer and retain his title of President of the company. Mr. Yanay will no longer serve as the company's Chief Financial Officer and Chief Operating Officer. Mr. Yanay joined Pluristem in 2006 as Chief Financial Officer and Secretary, before being promoted to Executive Vice President in 2013 and then to President and Chief Operating Officer in 2014. Previously, Mr. Yanay was the Chief Financial Officer of Elbit Vision Systems, Ltd. He is also Co-Chairman of Israel Advanced Technology Industries, the largest umbrella organization representing Israel's hi-tech and life science industries and has served on its Board of Directors for three years.

In addition, Erez Egozi has been appointed to the position of Chief Financial Officer of the company. Previously, Mr. Egozi served as the company's Vice President of Finance and Secretary. Prior to joining Pluristem, Mr. Egozi held several senior financial positions at Verint Systems Inc. including senior director of finance-worldwide finance controller of Verint's Communications and Cyber Intelligence Solutions division. From 2003 to 2007, Mr. Egozi held several financial positions at Intel Corporation. From 2000 to 2003, Mr. Egozi served as an auditor in the hi-tech technology sector at Deloitte & Touche.

"It's a very exciting time for Pluristem, as we move forward in our mission to deliver PLX cell therapies to patients suffering from severe conditions," said Mr. Yanay. "I look forward to continue working with Zami to shape Pluristem's strategic direction and leverage our vast wealth of intellectual property and innovation to bring the company closer to global marketing for our products to provide much-needed treatments."

"As we near the critical juncture of pivotal-stage clinical trials for our cell therapy products, broadening our expertise and experience at the senior-most level will enable us to deliver even better results and opportunities for the company, investors, and potentially many patients who can benefit from our therapies," noted Mr. Aberman.

About Pluristem Therapeutics
Pluristem Therapeutics Inc. is a leading developer of placenta-based cell therapy products. The company has reported robust clinical trial data in multiple indications for its patented PLX (PLacental eXpanded) cells and is entering late-stage trials in several indications. The cell products release a range of therapeutic proteins in response to inflammation, ischemia, hematological disorders, and radiation damage. PLX cell products are grown using the company's proprietary three-dimensional expansion technology. They are off-the-shelf, requiring no tissue matching prior to administration.

Safe Harbor Statement
This press release contains express or implied forward-looking statements within the Private Securities Litigation Reform Act of 1995 and other U.S. Federal securities laws. For example, the company is using forward-looking statements when we discuss Pluristem entering advanced stages of clinical development for its PLX products, leveraging Pluristem's wealth of intellectual property and innovation to bring Pluristem closer to global marketing for its products and that broadening Pluristem's expertise and experience at the senior-most level will enable Pluristem to deliver even better results and opportunities for the company, investors and the potentially many patients who can benefit from the company's therapies.

These forward-looking statements and their implications are based on the current expectations of the management of Pluristem only, and are subject to a number of factors and uncertainties that could cause actual results to differ materially from those described in the forward-looking statements. The following factors, among others, could cause actual results to differ materially from those described in the forward-looking statements: changes in technology and market requirements; the company may encounter delays or obstacles in launching and/or successfully completing its clinical trials; the company's products may not be approved by regulatory agencies, the company's technology may not be validated as it progresses further and its methods may not be accepted by the scientific community; the company may be unable to retain or attract key employees whose knowledge is essential to the development of its products; unforeseen scientific difficulties may develop with the company's process; the company's products may wind up being more expensive than the company anticipates; results in the laboratory may not translate to equally good results in real clinical settings; results of preclinical studies may not correlate with the results of human clinical trials; the company's patents may not be sufficient; the company's products may harm recipients; changes in legislation; inability to timely develop and introduce new technologies, products and applications; loss of market share and pressure on pricing resulting from competition, which could cause the actual results or performance of Pluristem to differ materially from those contemplated in such forward-looking statements. Except as otherwise required by law, Pluristem undertakes no obligation to publicly release any revisions to these forward-looking statements to reflect events or circumstances after the date hereof or to reflect the occurrence of unanticipated events. For a more detailed description of the risks and uncertainties affecting Pluristem, reference is made to Pluristem's reports filed from time to time with the Securities and Exchange Commission. 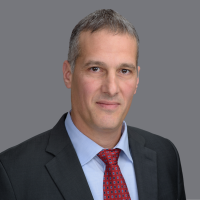 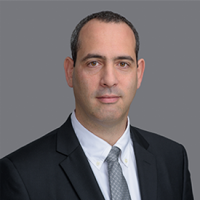