Pop, Rock and Hip Hop Singer Bella Queen Be' Be' Seeks Funding via Indiegogo for the Worldwide Release of Her Album "the Real Queen Bee"

The objective behind this campaign is to help fund the album by Bella Queen Be' Be' that has received top rating from American Idol.

Chicago, IL -- (SBWIRE) -- 11/21/2013 -- Chelsea Queen Esther Scott (nicknamed Be' Be') is a singer and songwriter from Chicago. Her trademarked stage name is Bella Queen Be' Be'. She is a pop, rock and hip hop singer. She has been singing with "The Little Pearls and Junior Pearls" as a children's Choir singer since she was seven years old. Chelsea went to a Performing Arts school in Chicago and graduated with a Bachelors Degree in Arts.

Chelsea wants her CD Bella Queen Be' Be' "The Real Queen Bee" to be internationally accessible but she doesn't have the funding to get her great CD in every record store. She created this CD at the Studio where Rod Stewart, Bon Jovi and Twista record their albums at when they're in Chicago. So it was recorded by great producers.
The things Chelsea needs are A & R Licensing, mass promotion of her CD, and a stellar MTV Video. The video will be played right away, it just needs to be created. Chelsea knows an excellent video artist ready to produce it for her. She needs approximately $25,000.00 to make this dream happen. Chelsea expects her album to bring love and laughter into the lives of her target market and everyone in the world. 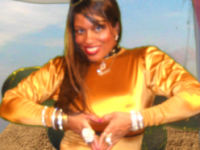