Zedakiah may only be 14 years old, but this singing sensation has over 1 million views on his new YouTube video “Little Things” and can teach us all a thing or two about Karma.

Hollywood, CA -- (SBWIRE) -- 11/12/2012 -- It sounds like a scene from ABC’s new ethical dilemma series “What Would You Do?” in which people are thrown into scenarios that test how they would react to questionable situations. But this is real life, and a real hero, and if you don’t believe in Karma, keep reading.

According to a source close to Zedakiah, the 14 year old pop singer known for “wowing the crowd” at Lakers games with his unforgettable version of the national anthem, the teen star was visiting the Santa Clarita swap meet looking for vintage music to add to his collection when he came upon a virtual gold mine. In the bottom of one of the boxes was Jessica Alba’s sealed photos and records.

“Zedakiah has always had a passion for collecting music,” says the source. “But one day he was shocked to find actress Jessica Alba’s home photos, family birth certificates, baby foot prints and personal letters in one of the boxes he had purchased.

Most fledgling artists looking for a “big break” in the tough entertainment industry would have seen this as a fantastic opportunity to fund their next music video. Just launch an Ebay site, or call People Magazine and make a few thousand dollars fast. After all, who doesn't want to see little Jessica Alba sitting on Santa’s lap? The Enquirer would probably bite, along with 5 or 6 other celebrity magazines. But that idea never crossed Zedakiah’s mind.

“He didn’t even consider selling it,” says the close friend. “All he could focus on was finding a way to return the items to Jessica Alba.” And that is just what he did. No reward except for a few signed posters and hats, but that was fine with him.

Not long after the exchange, using the little funds he had available, Zedakiah put together his new music video “Little Things” which he co-wrote in 2012. It soared to over 1 million views in 6 short days.

Zedakiah has worked with top music artists like Michael Bolton, rubbed elbows with Snoop Dog, and appeared on television shows including 3 skits on Jimmy Kimmel Live and an appearance at The Tonight Show with Jay Leno. He’s even got SAG-AFTRA status and plans on making a move into movies. Not bad for a newcomer in a new city known for being tough on talent. He’s obviously got providence on his side.

The pop teen is thrilled with the stellar growth of his online popularity and Twitter fans.

“My love and passion is my influence for making music,” he says, “and to be what I dream…and to succeed.” We’re guessing some good old-fashioned Karma helps too.

About Zedakiah
Zedakiah began creating his own brand of mainstream pop music in early 2012. His new release of the catchy song “Little Things” is gaining steam and streams online and impressive audience numbers via YouTube, Facebook and Twitter.

Zedakiah’s videos, music links and photos are available at the official website http://www.Zedakiah.com. 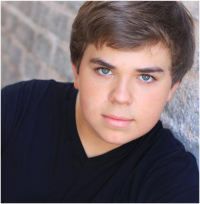