For decades, weed killers have been causing harm to American farmers. It is not uncommon that a new one makes headlines every few years as it is revealed to be dangerous with excessive use. Now Paraquat, a toxic herbicide made by Syngenta AG, sold by Chevron Crop in the United States, is the one making headlines.

Miami, FL -- (SBWIRE) -- 10/13/2021 -- Paraquat is causing a severe and costly liability for the company as many are reporting the onset of Parkinson's disease from exposure. In the last seven months alone, farmers and field workers have filed a new lawsuit nearly every day. This came shortly after many lawsuits were filed against Bayer AG, the parent company for Roundup, another best-selling weed killer. Bayer AG reportedly has nearly $16 billion in unresolved lawsuits stacked against them.

University of Kentucky law professor and product-liability expert Richard Ausness, says of the lawsuits, "Even if there aren't the kind of Roundup-level number of cases, I can see these companies offering several billion dollars just to make it go away...Parkinson's disease has a long, expensive tail that will drive up the cost of settling these cases."

In August, Syngenta AG released a statement saying that they have already begun to resolve cases, agreeing to pay $187.5 million solely to "bring an end to these claims."

Unfortunately, lawsuits like this are common due to the high level of toxicity found in weed killers. Long-term exposure can cause severe harm and long-term damage. However, thousands will likely be awarded compensation in this case.

This update is brought to you by Hevia Law Firm, Florida personal injury trial lawyer. For more information, please visit us online. 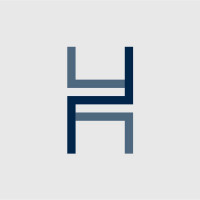