He had a daughter for seven years, then found out she wasn’t his.

London, England -- (SBWIRE) -- 09/15/2014 -- David E. Gates’ first published novel, Access Denied, is a deeply personal account of him becoming a father and then finding out several years later that his daughter wasn’t his.

David’s story and the effect this had on him, his family and loved ones is moving and tragic and is already getting great feedback.

“This book had me hooked from the start. Such a sad story but one well worth reading. Will be recommending to my book club.

“A well told, quite extraordinary true story that stays with you. A must read for both men and women alike. I couldn’t put it down.”

About David E. Gates
David has previously written film reviews for Starburst and Samhain magazines. He has also written a number of short stories, a full-length motion picture screenplay and a screenplay to a short film. He has also produced, directed and edited a documentary on the World War I memorials of Ypres in Belgium.

“I wrote this book to show the world the incompetence and injustice of the Child Support Agency. An agency that purports to be acting in the best interests of the children but who are in fact both destructive and maladministrative in their actions. If just one person benefits from this book, then I’ll be happy. It was also a cathartic exercise and helped me, to some degree, come to terms with my loss.”

The book is available to download on Amazon, Lulu, Nook and iBooks etc.

David is currently working on his second, fictional, novel called “The Climbing Frame” and a collection of previously unpublished short stories, poems, scripts and travelogues. 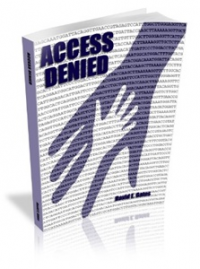