Santa Clarita, CA -- (SBWIRE) -- 01/31/2013 -- Are you reaching your target market through traditional media only? In a move that quickly accelerates Hispanic advertising/PR agency Power Media Group’s (http://www.powermediagroup.com) presence into the world of technology, they are proud to announce the launch of their company’s new mobile application development division: Power Media Apps (http://www.powermediaapps.com).

The next wave of market connection is mobile media. Power Media Group has launched Power Media Apps to help its customers stay connected to their target markets on a global scale.

Ever-changing technology has made doing business easier than ever and now with the new division launch of Power Media Apps, business operations for companies are at a new level.

Some of the options available for a mobile application through Power Media Apps are (but not limited to) one-touch calling, instant GPS, app sharing, business information and coupons. Customers who download a company’s app receive important “push notifications” for promotions and important news and information on upcoming events.

Power Media Apps is providing a necessary tool for their clients to be better connected with their target audience, while expanding their presence into the far reaches of untapped markets. This service is available to all of Power Media Group’s clients as part of their personal touch and stays in line with their philosophy “We love your business as we love our baby.”

Get a customized demo of this brand new app, courtesy of Power Media Apps, by sending an email to info@powermediaapps.com.

Hispanic-owned Power Media Group (PMG) is a public relations and advertising agency specializing in creating and implementing all-inclusive Spanish language campaigns that help businesses build lasting relationships with the Latino community. In August 2012, PMG received U.S. Government Registrations & Certifications in four different categories (SBA, D&B, CCR, and ORCA) that will advance the company's growth into the expanding bilingual business world. In addition to traditional campaigns, PMG utilizes innovative grassroots media campaigns that are designed to reach out to the rapidly growing Hispanic population that contributes more than $1.2 trillion to the U.S. economy annually.

The agency has won multiple awards and recognitions for its work including 2010 and 2011 ADDY Awards for Excellence in the Website Design and Local Radio categories. In addition, PMG won the United States Small Business Administration Minority Small Business Champion of the Year Award in 2010. The company's clients include Universal Music Latin and Creativa Interiors Primor. To further strengthen its commitment to the multicultural market, Patricia and Tony Gracia launched the Power Woman Business Center in 2011. This non-profit 501 c3 organization serves as a business incubator that reaches out to entrepreneurs and helps them navigate the difficult economic environment. 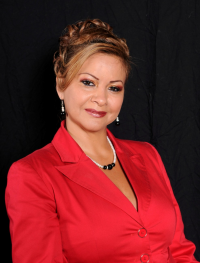 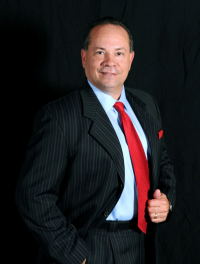 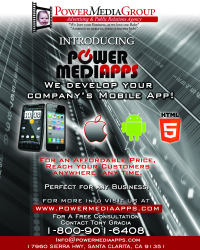