Los Angeles, CA -- (SBWIRE) -- 12/04/2013 -- The expert legal team at Danziger & De Llano, recognized for providing distinguished legal counsel to individuals, families and businesses who have experienced suffering due to the negligent actions of others, recently announced that they are now representing victims of the dangerous drug Pradaxa. Pradaxa, also known as Dabigatran, was released in 2010 and has been used to prevent blood clots in patients with atrial fibrillation, but a recent FDA report showed that more than 500 people who were prescribed Pradaxa died as a result of excessive bleeding, and thousands more have been diagnosed with serious side effects, including hemorrhages, kidney failure and strokes.

The Danziger Law Firm is committed to fighting for justice on behalf of victims of Pradaxa, and they possess the resources, experience and talent necessary to win major settlements against drug companies who commonly invest millions of dollars in legal defense. Boehringer Ingelheim, the German manufacturer of Pradaxa, has made more than $1 billion since releasing the drug, and patients and doctors agree that the company’s actions were negligent, because unlike other common blood thinners, there is no known antidote to the excessive bleeding Pradaxa may cause.

More than 100 Pradaxa lawsuits have already been filed, and the courts have now approved a multi-district litigation in the southern district of Illinois, which is good news for victims because this type of lawsuit allows attorneys to share information and resources so they can build stronger cases. Danziger & De Llano lawyers have more than 20 years experience in cases involving dangerous drugs, and they are committed to ensuring that victims receive the compensation and justice they are entitled to.

The Danziger & De Llano team not only provides exceptional legal service for victims of negligence, but they are also known for making the extra effort to help their clients cope with the suffering they are experiencing. “There aren’t enough words to describe how much our family appreciates everything you have done for us since we met four years ago. I feel a very special bond between us that will continue for a very long time,” a testimonial from the website noted. 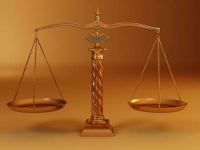