Tempe, AZ -- (SBWIRE) -- 10/30/2012 -- Pressreleasemonkey.com announced today that they have successfully acquired their 20,000th client. This announcement comes at the heels of one of the busiest quarters that the press release firm has had in the last four years.

Online since 1996, Press Release Monkey specializes in offering their clients writing and distribution packages that provide syndication comparable to their competition that charge four times as much for similar exposure.

The announcement spearheads Press Release Monkey's Halloween sale that is now offering new clients 25% off their famous press release packages. The coupon code for the sale is “HALLOWEEN,” and it will go off-line on Thursday of this week.

“20,000 customers is one of the greatest milestones we have ever reached,” says Mark Bauer, manager of the writing and distribution departments at Press Release Monkey. “We have seen press release syndication become one of the central hubs to all successful Internet marketer’s campaigns. Google has been giving significant precedence to press release related content and we have found that more people buy when they come from press releases than any other form of advertising. This has made our services in demand over the last quarter and we expect the trend to continue as we move into 2013.”

Indeed, this recent push for press release marketing has been keeping the team at PRM extremely busy over the last several months. Currently the writing team consists of seven professional writers and according to the owners of the firm, each one is hand selected from up to 100 applicants.

“This is another reason we believe we have such a high client retention rate,” says Mark Bauer. “When people see the quality of our writing they know that we’ll present them with material they will be proud to put their name on. We take the writing of our press releases very seriously, we know that they have equal the strength of our syndication. And for those who use our services, they know that is a high standard to live up to.” 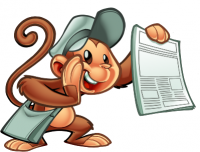