Seattle, WA -- (SBWIRE) -- 08/21/2019 -- Meet Preston Hudman, an internet marketer and serial Entrepreneur who enjoys making people laugh as much as he enjoys building startups in the realm of eCommerce. His approach to Instagram though has been unorthodox to say the least... He has amassed a following of nearly 300,000 people and offers a selection of posts that is nearly all video content. What kind of videos you ask? Well it's really just him using face filters in his room or perhaps while walking his dog but it's how darn funny he is that draws in a crowd.

People are more aware than ever of how much fake information and fake entertainment is out there (fake pranks) and Preston delivers something totally original, raw & uncut while also managing to humor us. It is quite captivating for a time until you have had your fill of obnoxiousness but it reminds me of the late MTV show jackass in a way but done on social media with just 1 guy in a bedroom lol. His stories are one of few that I actually look forward to and excited to see when I sign on.

Lately he's been promoting his Spotify music where he basically sings rap songs about Google and the internet that are both funny and educational although now is a good time to warn you that his content is not for young children and does include profanity so viewer discretion is advised. Go check out his Instagram page @prestonhudman.

Preston Hudman is a Social Media Marketer and Comedian entertainer who has been active on social media since 2012. He claims that Google is obsessed with him and that he is responsible for literally all of the changes made to YouTube since late 2016/early 2017. 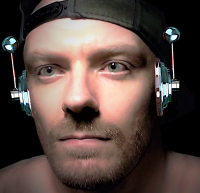 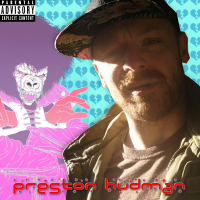