Las Vegas, NV -- (SBWIRE) -- 10/21/2015 -- When it comes to sports and the entertainment industry, light heavyweight champion boxer Ronald Johnson knows the ropes inside and out. Johnson is launching The Celebrity Company, a boutique firm that provides marketing services and appearance negotiations for athletes, entertainers and other celebrities.

Johnson, known for his business savvy, decided to launch The Celebrity Company after years of being sought out for his knowledge and expertise in business and sports. "A lot of people along the way have asked me to help them out, and it's time I start to give back," Johnson says.

About Ronald Johnson
Originally from Cleveland, Johnson trained under boxing great Laila Ali after graduating high school at age 16. He went pro at age 19 and signed with NRAGE Management Company, training with Floyd Mayweather. In addition to his professional accomplishments, Johnson is committed to ending cycles of violence among the nation's youth. He founded "Put Down the Guns, Pick Up the Gloves," an anti-violence foundation that focuses on redirecting teens to productive activities.

Representatives is available to speak more on The Celebrity Company and Johnson's nonprofit efforts. They can be reached via the contact information listed above.

For more on this company, visit http://www.thecelebritycompany.com 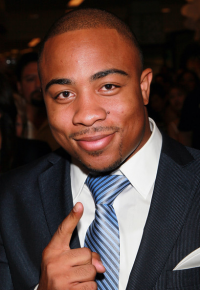