Port Townsend, WA -- (SBWIRE) -- 10/07/2013 -- There are secrets to picking the ripest pineapple or the freshest cucumbers when shopping at the farmers market or grocery store. Now both android users and iOS users can find tips to buying the best produce a finger swipe away on the popular Produce Pal app.

The app Produce Pal, was just released for android devices on October 1, 2013. Previously, released in 2010 for iOS devices the produce shopping app received favorable reviews. It had additionally been selected by Apple as a "New & Noteworthy" app, which won it top billing when featured on the iOS App Store front page for a few days.

The app’s database contains information on over 130 different fruits and vegetables. Each produce item has a description of how to pick the perfect produce when shopping, how to store the item at home, nutrition facts, and has fun and interesting trivia. App users will find entries like the one below for everything from apples to zucchini containing useful information for the seasoned produce shopper and the less experienced shopper.

MANGO: What to Look For -- A mango should be football shaped instead of flat and thin. It should be the color of a ripe peach. Smell it to make sure it doesn’t smell sour. Leave in a cool room to ripen. It is ripe when the stem smells sweet and the skin is soft to the touch.

Each entry contains tips like those above along with additional information. “Pull out your device and launch Produce Pal! This premiere app will help you determine not only how to pick out quality fruits and vegetables, but also tell you the best way to store it at home so it will keep for the longest amount of time,” the Produce Pal website states.

Produce Pal can be purchased for $1.99 at the Google Play store for android devices and is also available on the App Store for iOS devices. One cantaloupe can cost up to three dollars. Produce Pal can save money by helping shoppers purchase produce at the peak of freshness. For those who have been waiting for the android release, this just may be the case.

About Produce Pal
Produce Pal was created by Silton Solutions, LLC which was founded in 2009. It is a small software company specializing in iPhone apps. With this release of Produce Pal, they are now branching out into android apps. For more information, visit http://www.myproducepal.com 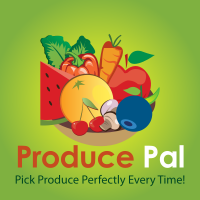