Denver, CO -- (SBWIRE) -- 01/09/2014 -- Dan Meyer wants to create this documentary because of the contradictory information that exists regarding Fracking. This is an insiders view into the world of Fracking, Oil Drilling and Production. Dan has worked for a variety of drilling and production companies over the last 5 years in Wyoming, Montana, North Dakota, Utah, Colorado, Texas and Pennsylvania. He also has 20 years of experience producing and directing industrial videos for companies like American Express, Wells Fargo and Intuit.

The big issue here is not whether there is fire coming out of someone’s water faucet. The bigger issue is that Americans might be pawns in the hands of foreign oil and how foreign oil controls American media and government officials through the lobbyists. They also fund the anti-fracking activists indirectly. All of this is paid for with foreign oil.

The USA has enough Oil and gas reserves for a thousand years. Once developed, America would not have to rely on foreign oil and gas. So who is really behind the anti-fracking movement, is it foreign oil?

These are the questions Dan Meyer will try to resolve. The team will talk to Industry regulators, anti-fracking groups and celebrities, and oil and gas executives. Their objective is to find out what really is going on out there and who is controlling the strings.

At least, this is what Dan wants to explore with this documentary. He needs the resources and the time to produce this documentary. This campaign will receive all funds raised even if it does not reach its goal. Funding duration: December 29, 2013 - January 28, 2014 (11:59pm PT). 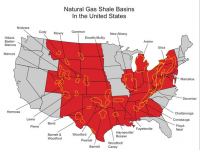