Mesa, AZ -- (SBWIRE) -- 07/08/2013 -- Kelly Smith is an MIT engineer that spends his days at an internet software company. Nights and weekends, he is busy raising four active children. Now he is combining all his interests with Protopipes, a creative toy that allows kids to build life-size cars, houses, towers, dumbbells, chairs, carts, swords and anything else they can dream up.

With his father Clint, his brother Blake, and the acting talents of his kids, Kelly has launched a crowdfunding campaign on Indiegogo to bring back Protopipes, one of his favorite toys from his childhood. Kelly attributes his interest in engineering and perpetual hacking to the hours he spent with Protopipes when his family bought a set in the 1980’s. “There is this powerful moment you can have as a kid where you realize you can accomplish anything. If you can dream it, you can make it,” Kelly explains. For me that moment happened while I was playing with Protopipes.”

Kelly hopes that through the “wonders of the internet,” thousands of kids from the next generation can gain confidence as tinkerers, innovators, and future engineers. If the campaign reaches its target of $30,000 (at least 100 sets of Protopipes pre-ordered at $295), a shipment of Protopipes will be shipped from a vintage warehouse in Europe. If the campaign falls short of its target, no money changes hands and no Protopipes are shipped.

According to Clint Smith, that would be bad news for American children. “I am concerned that America’s schools don’t prepare kids for the real world. We’re trying to make up for that by giving kids a chance to learn real-life problem solving – and having a blast while they do it.”

Protopipes are available in pre-order now, or you can support the effort at Indiegogo Click Here

About Protopipes
Protopipes happened when two brothers from Arizona wondered why the best toy from their childhood is unknown to the world. These plastic pipes and connectors were invented by a father playing with his kids, and grew to a 20-person manufacturing organization before disappearing. Protopipes is bringing them back to help kids learn while having the time of their lives. 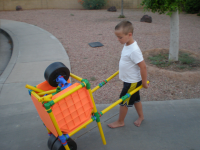 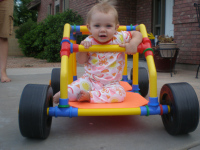