Provincetown, MA -- (SBWIRE) -- 06/18/2013 -- Joanna Gleason won the Tony Award for her leading role of the Baker’s Wife in Into The Woods by Stephen Sondheim and James Lapine. She launches this season’s Broadway @ The Art House season in Provincetown on June 28 and 29 with An Evening with Joanna Gleason. Each performance will combine the East Coast premiere of a the hilarious and moving one act play Bloom, written for her by Emmy and Golden Globe winning writer Michael Patrick King (creator of Sex and The City & Two Broke Girls) with a second act of songs featuring special guests Well-Strung, and hosted by pianist/host Seth Rudetsky. For tickets, please visit www.ptownarthouse.com or call 800-838-3006.

Bloom is a one-woman theatrical event – described by writer King as “part Ted talk, part stand-up comedy” – which investigates one of the great mysteries: “Everyone wonders what happens the moment after you die – but ever wonder what it's like the moment before you're born?” Variety called Joanna Gleason’s performance in the West Coast premier “a tour de force.” Her East Coast premier of the piece at Provincetown’s Art House theater this summer will benefit Broadway Cares/Equity Fights Aids.

Joanna Gleason made her Broadway debut in 1977’s I Love My Wife, for which she won the Theatre World Award. In addition to her Tony-winning performance in Into the Woods, she also appeared on Broadway in Dirty Rotten Scoundrels, Tom Stoppard’s The Real Thing, Peter Nichols’ A Day in the Death of Joe Egg, Nick & Nora, and The Cartells. Her film appearances include Woody Allen’s Hannah and Her Sisters and Crimes and Misdemeanors, Heartburn, Boogie Nights, The Wedding Planner, Mr. Holland’s Opus, F/X2, The Boys, Fathers and Sons, The Good Wife, and The Pleasure of Your Company. Television performances include playing the role of Nadine Berkus on Love & War from 1992 – 95, and as Joan Silver on Temporarily Yours. She starred in Lifetime’s series Oh Baby from 1998 – 2000, and directed several episodes as well. Other roles include the made-for-TV movies If These Walls Could Talk, For the Love of Aaron, Born Too Soon, and For Richer, For Poorer. Other television series include The West Wing, The Practice, King of the Hill, Friends, Tracey Takes On…, Murphy Brown, ER, Outer Limits and Diff’rent Strokes.

Hosted again this summer by Sirius/XM Radio Star Seth Rudetsky, whom the New York Times just dubbed “The Mayor of Broadway,” this season’s Broadway @ The Art House series will run from June 28th through September 8th. In addition to Ms. Gleason, the lineup includes the following artists performing solo shows, with Rudetsky at the piano:

Seth Rudetsky is the afternoon Broadway host on Sirius XM satellite radio. As a musician, he has played piano for over a dozen Broadway shows including Ragtime, Les Miserables, and Phantom of the Opera. He was also the Artistic Producer and Music Director for the first five annual Actors Fund Fall Concerts, which included Dreamgirls with Audra McDonald (recorded on Nonesuch Records) and Hair with Jennifer Hudson (recorded on Ghostlight Records, Grammy nomination). As a comic he was awarded “Funniest Gay Male in NY” at Stand-Up NY and is a three-time Emmy nominee as a writer for The Rosie O’Donnell Show. As an actor, he made his Broadway debut in The Ritz directed by Joe Mantello, and has appeared on television on Law and Order C.I. and All My Children. As an author, he wrote the books The Q Guide to Broadway, Broadway Nights, and just released his new novel My Awesome/Awful Popularity Plan on Random House, and as an audio book on audible.com featuring Modern Family’s Jesse Tyler Ferguson, SNL’s Ana Gasteyer, Smash’s Megan Hilty among others, and writes a weekly column on Playbill.com. This year he added "television mogul" to that long list on June 18 as Seth TV, his new, web-based entertainment network, launched. His Broadway @ The Art House series will be, by his own signature estimation, even more “A-MAH-zing” this summer than ever! For the complete summer season line-up, visit http://ptownarthouse.com/ 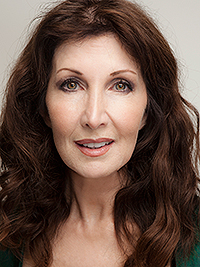