Las Vegas, NV -- (SBWIRE) -- 01/12/2012 -- When it comes to sports betting, many people believe they can make easy money. But most learn very quickly that it’s a difficult trade that takes years of experience and connections to finally become profitable.

John Taylor also learned this lesson the hard way. His father, who was a well-known sports handicapper in New York, told him that the house always wins, and “no one will EVER beat the casinos.”

Despite his father’s warnings, John set off to Las Vegas with the belief that he could turn the odds in his favor. He built connections, learned the industry, and put in a lot of time and hard work.

In the mid-1990s John introduced a sophisticated software that brought his average up to 67%. In 2010 he was even able to push that number up to 71% - a highly respectable average in the industry.

Today, John has turned his passion for sports betting into a highly successful sports handicapping service that that offers betting tips, Vegas odds, and also advice for picking winners for basketball, football, baseball and college sports. The cornerstone of John’s business is his hard work and integrity.

It’s not often that someone who has been successful analyzing Vegas Odds will release his or her secrets to the public. Fear of failure, or of others, is enough to stop most bookies dead in their tracks. But John is so confident in his time-tested system that he is currently offering his first time clients a 100% free pick, with absolutely no commitments.

Every night, Las Vegas sports bookmaker John Taylor and his company pureprofitplays.com announce what they believe the nationally televised points spread winner will be. Betters can visit the website and get John’s own projected winner emailed to them—all at no obligation and with no hidden-fees.

Betters can subscribe by email or call Pure Profit Plays at 800-971-3083 and get their free pick as the highest win percentage of anybody ever recorded on a wagerline. John and his team will tell each better who they will personally be beating on tonight with their proven system.

To learn more about John Taylor and Pure Profit Plays, or to grab a free pick, please visit: http://www.pureprofitplays.com/

About John Taylor and Pure Profit Plays
Pure Profit Plays Owner John Taylor has been handicapping sporting events for over 20 years. John has seen every possible outcome to wagering on sports. With a father who took action as a bookmaker in the New York area when growing up, he learned quickly that it's extremely hard to turn a profit at this game. After moving to Las Vegas in the 1980’s, and after a few years of visiting every sports book, he had several connections that fed him inside information. He then had a friend from MIT develop a computer program that would gather several thousand stats and trend reports to help predict daily sporting outcomes. Using his program & Vegas connections together, he formed an extremely effective betting tool! So effective that John has now been making a living on his predictions for over 15 years! So effective that John has been asked to help support the general betting public and release his plays to them. So that's what John is doing now. 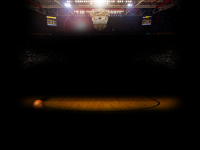