With Google Cloud Platform’s expansion, developers are encouraged to use it for new apps and innovations, thus, creating growth in business opportunities in the Asia Pacific region.

Melbourne, Australia -- (SBWIRE) -- 05/01/2014 -- Google is enhancing its infrastructure with their plans to support companies and organizations in Asia Pacific. This scheme was inspired by the success of Google Cloud Platform built businesses like Angry Birds (Rovio) and Snapchat. Google’s website and developer console will also be available in Traditional Chinese and Japanese.

What is Google Cloud Platform?

What are the Benefits of Google Cloud Platform Expansion?

With Google Clout Platform’s expansion, local develops in Asia Pacific can now enjoy enhanced performance and minor latency. Access to a more expansive global network servers will be experienced by developers across the globe.

Rovio (creator of Angry Birds). Rovio utilized Google App Engine when it adapted its mobile apps for web browsers. Google App Engine was able to provide a platform for Rovio in supporting explosive demand and providing robust capabilities to deliver a superior user experience. Developers in Rovio were given more time to focus on improving the games because Google’s platform merely required minimal maintenance. Stefan Hauk, Rovio’s lead server developer for web games proudly mentioned that Google App Engine allows them to launch games very quickly with teams of one or two developers per game because Google manages all the servers.

Snapchat. According to Snapchat’s Co-Founder and CTO Bobby Murphy, building out the infrastructure for Snapchat was such an act of faith. Murphy, who was jubilant about having Google App Engine as a prominent choice in the field of startups, said that “I believe Google is scaling out and I am willing to invest in this platform. I prefer some of the features for Snapchat’s purposes and believe that when it comes to scale, Google could offer more that Amazon Web Services could offer for my application”.

Applibot. The Japanese game innovator Applibot is an early adopter of Google Cloud Platform in Asia Pacific and is now using the platform on a large scale for building and deploying mobile games around the world. Google Cloud Platform was a big part of their success as a company as evident in the millions of downloads on Google Play and iTunes. Server maintenance or the provision of new hardware to serve millions of potential users once the latest game has been launched are no longer part of the worry-list of Applibot because of how the platform provides smooth scale for them. Their team of developers can greatly focus on doing what they do best. And that is creating games.

About RJ & Co. Solutions Group
RJ&CO Solutions provides various business solutions for their start-Up clients. They understand that building the foundation for ther business is crucial to its success, and they bring years of experience to the table to advise businesses on a technological package that will make their job not only easier, but will give them peace of mind, knowing that their business is in safe hands. There are many factors to starting up a company successfully, which RJ & Co.’s expert consultants who can assist every start up business with. 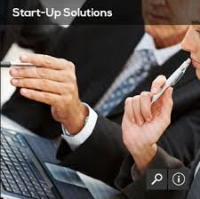