The Most Mysterious Rapper Alive, F-One the Don Goes Viral

New York, NY -- (SBWIRE) -- 10/24/2012 -- Age unknown, location unknown, F-one the don is the most enigmatic rapper on the planet who always cover his face in his music videos , the reason is unknown. His voice and face features are strangely similar to hip hop megastar 50 cent. The rapper started to post freetyle videos on youtube in 2009 never stopped since, he was introduced to the public when a few his videos are featured on the notorious website worldstarhiphop. After releasing a couple of mixtapes , mostly on mixtape pass.com, F-one the don's last single "beat junkie" was released in July reached more 1 million views this month. The rapper who, in many of his songs and videos, dissed popular artists like Lil Wayne and Kanye West use this single to send a positive vibe to fans.

The song is about his passion for music, the hardships he had to face and the devotion for his cause. At some point in the song, f-one the don says" Everybody knows i come from africa" that is the only hint the rapper gives about his origins. His voice, accent and comedic rhymes are a good mix which appeal to the listeners, He is a producer, video director an the CEO of his own independent record label Named BMH Recordz.

About BMH RECORDS LLC
Music Industry Executive Looking To Make A big Impact On Our Community. We Worked With and Around Artist Such As Meek Mill, Gillie Da Kid, Rick Ross, Lil Wayne, Gudda Gudda, Big Sean, Fabolous, and currently in the process of working with even more. We Have Years Of Experience in Doing So. We Also Have Great Relationship With People Behind The Scenes Of The Entire Entertainment Industry. We Work With Major Magazines, Radio Stations, TV Networks, Promoter, Publicist, Management, etc. and we Continue To Grow. 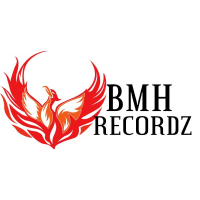 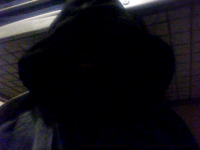