Matawan, NJ -- (SBWIRE) -- 10/23/2014 -- The founder of Raw Attraction Magazine Steve Burford believes that a truthful conversation between men and women can lead to true empowerment. Over the last two years, Raw Attraction has showcased several thought leaders from fields such as relationships, dating, sensuality, sexuality, and many more.

Two years ago, whilst looking for dating and relationship advice in the media, Steve noticed that women are mostly portrayed as sexual objects in today’s society. Also, he felt that there aren’t enough role models for men to follow as far as relationships are concerned. This was when Steve started Raw Attraction Magazine to create solutions for his painful observations.

To date, Steve has published eighteen issues of Raw Attraction with great response from the public. The magazine currently has over 350 highly impressive reviews from readers in iTunes. In one of these reviews, Julie Tierney from the USA states, “A publication that is candid and tastefully written on a subject that most humans cannot candidly open up on and talk about...their own sexuality. Thank you for taking this "taboo" subject and making it comfortable to read about. Hopefully it will start to help people open up more when it comes to the raw subject of human sexuality.”

Unfortunately, Steve is no longer able to continue this progressive new journey without external support. Raw Attraction needs to reach out to a larger segment of the population to sustain and grow. With his Indiegogo campaign, Steve is looking to raise $10,000 to start a marketing campaign for the magazine so that it can have more influence than the likes of Cosmopolitan Magazine over the way we do relationships in the twenty-first century.

Steve has planned excellent rewards for all his backers. Backers can receive sizeable discounts on subscription to the magazine as well as a number of gifts from thought leaders and practitioners in the world of dating and relationships.

This crowdfunding campaign will close on October 29, 2014.

The official Raw Attraction website is http://www.rawattractionmagazine.com and the app https://itunes.apple.com/us/app/raw-attraction/id570656516?mt=8

About Raw Attraction
Raw Attraction is a monthly digital magazine that brings readers the tools and resources they need to have ecstatic and blissful relationships. 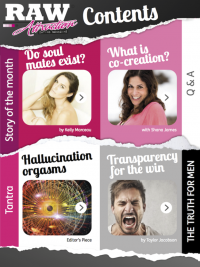 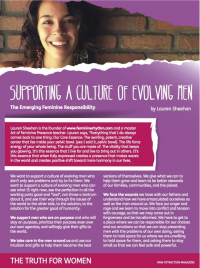 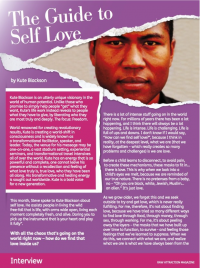 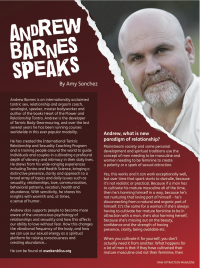