Physically and mentally dependent on a particular substance or feeling, and unable to stop taking it without incurring adverse effects.

This whirlwind Debut marked the beginning of an era for the songstress.

Beau Joli, Began her career performing at the age of lucky 7, in the family church in a small town in North Carolina, little did this small town know, they were setting the stage for a mega star. Free local open mic performances in Atlanta, Ga, is where Ms. Joli would perfect her craft, all the while, she was giving the world a glimpse of what was to come.

Addicted, is an elegant flow of musical poetry that allows the listener to recall times of being on a lovers high. Carefully crafted, aged and written through experience over the past year and a half, this love piece guaranteed to pull on the heartstrings of lovers young and old, and love hopefuls around the world.

"The Birth of a new love is the inspiration behind this musical piece of art, said Beau Joli". "This piece is one that will live forever, and like any drug, this artwork will lie dormant in the fabric of our musical history forever." 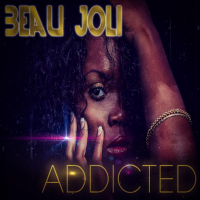