Minneapolis, MN -- (SBWIRE) -- 07/05/2012 -- Leah Lasley knows what it’s like to be a modern superwoman, juggling raising three children on her own with being an entrepreneur. Her reality television show, Lovin’ Leah, will air in August of 2012, introducing viewers to one of television’s most easy-to-fall-in-love-with personalities: Leah is a fun, outgoing, happy, hardworking woman living life to its fullest in Minneapolis. While there are many reality shows on television today, Lovin’ Leah is the first of its kind, highlighting what it’s like to be a woman in 2012.

Who is Leah Lasley? Leah Lasley is the everywoman, but with a powerful dose of fabulous. She’s the classic Midwest sweetheart: a hard-working single mother raising three children, balancing her family life with her own perfume line, her social life, and getting ready to dip her toe back in the dating pond. Like many single mothers, Leah plays the role of “superwoman”, doing “it all”, doing it on her own, and doing it with style and grace.

What is Lovin’ Leah About? Lovin’ Leah is about Leah’s life in Minneapolis, her family, girl talk, and what it means to be a single mother in 2012. The concept is of a realistic reality show about the modern day superwoman is one that is close to Leah’s heart; after finding it difficult for real women to relate to “reality” shows, she decided to hire her own videographers and pitch her concept to her local television stations. It is a perspective that will resonate with many women across the nation.

When Can Viewers Catch Her New Show? Lovin’ Leah will be debuting in August of 2012 to viewers in

Wisconsin, Minnesota, and Iowa. Her show will be available to viewers worldwide on the internet at http://www.youtube.com/user/LeahLasley/feed

Leah Lasley’s outlook on life is contagious and her personality is impossible not to fall in love with, both on her television show and in interviews, making it easy to see why so many people are “lovin’ Leah”.

More About Leah Lasley
Leah Lasley has her own perfume line, Secret, and has her own skin care line in the works. Leah loves doing photo shoots and will be shooting her 2013 calendar in July. 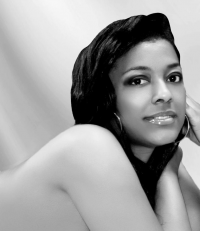 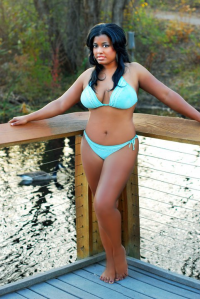 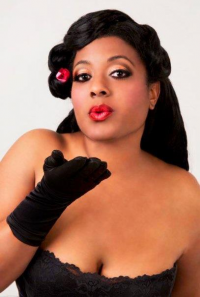