Key West, FL -- (SBWIRE) -- 04/16/2014 -- The book is inspired by a series of true sailing travel adventure articles she'd published in Southwinds Sailing Magazine. Unlike the articles, which are constrained by size and short deadlines, the book presents a detailed, organized and polished storyline with fresh new material and useful cruising information. The adventures range from surviving hurricanes and storms, to serene moments under sail and on remote beaches, and getting to know some of the most interesting people from around the globe.

With their limited schedules and budgets, they traveled on a seasonal & yearly basis to tropical shores nearest the south eastern United States. The book's storyline weaves through the north and northeastern Bahamas, the Little Bahama Bank, Abaco, Eleuthera, southeast Florida, and the Florida Keys. The cruising areas are a captivating variety, from remote, uninhabited Bahamian out islands to the claustrophobic crush of Miami's intracoastal waterway.

The writing isn't the standard travel narrative monolog or the sailing log-book style writing. It's original for its dynamic interaction between the two main characters (Bill & Rebecca). The contrast between their unique viewpoints, male and female, and philosophies also adds interest. There's lots of dialog with interesting situations, both humorous and serious. There is also plenty of interaction with the truly interesting people they meet.

Funding will offset a surprising range of costs that have prevented her from making this goal possible for the past several years. Rebecca found out the hard way that it's the little things that add up; on-location Internet access, a modern laptop, marketing and website costs and a myriad of other expenses such as editing costs, proofs, and securing assistance from a graphic designer for the layout of the book and the book cover itself. Self-publishing is a significant expense which is what inspired this crowdfunding project. 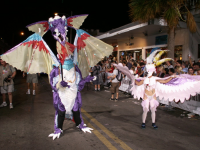 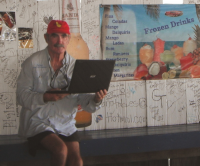 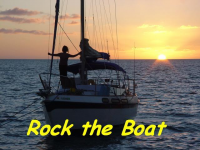