What this new feature means for artists is that they will no longer have to go into the studio to get custom beats made. From buying directly, artists can literally save hundreds and even thousands of dollars on the production of a music track. Now, all artists have to do is take the purchased and professionally produced instrumental to their local studio to record, mix, and add vocals. It’s that simple!

Since 2001, Phoenix Recording LLC has been operating as a recording studio that focuses on the production of Hip Hop, Pop and R&B music. They have worked with a variety of artists around the world. Based in Phoenix, the production company also works closely with recording studios in Los Angeles. The production team consists of three brothers: CEO, CT and (Hip Hop Producers) Damian, and Derek Aletniq. Phoenix Recording is known for using the latest and most advanced technology to get the most futuristic sounds and intricate beats available on the web to date.

For media inquiries regarding Phoenix Recording LLC, individuals are encouraged to contact
CEO, CT Aletniq directly at (2135382969)
or via email at (producer@phoenixrecording.com).
To learn more about their instrumental instant downloads, visit: www.phoenixrecording.com 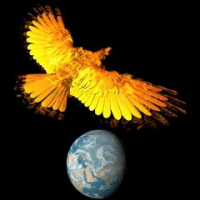