The guest panelists will be on-hand to speak on Industry related topics and will be answering questions ranging from recording, songwriting, production, mixtapes, management, marketing, media, PR and more. This will be a chance for conference attendees to have the opportunity to meet and learn from music producers, songwriters, managers, promoters, DJs, radio station executives, label executives, publicists and other key professionals. A complete schedule of panel events, along with locations and times, is being added as new information comes in.

Submissions are now open for performers hoping to perform and showcase at the 2010 Memphis Hip Hop Weekend & Expo. Those interested in showcasing, can apply now at http://www.memphishiphopweekend.com/perform.

Those interested in exhibiting or becoming a vendor can visit http://www.memphishiphopweekend.com/exhibit. Participation as an exhibitor/vendor in the Memphis Hip Hip Expo 2010 is the perfect way to reach thousands and support the community at the same time. 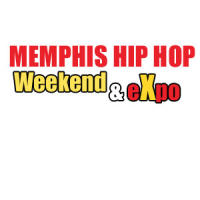