A 25-year resident of Costa Mesa, Calif. resident, David Bunnell is a fourth generation automotive sales manager with more than 29 years in the automotive retail industry. Bunnell has worked with several top automotive brands during his career, including 14 years with BMW. At Crevier BMW, he will focus his efforts on BMW sales and on Crevier’s sales and leasing division, which helps customers purchase cars and trucks of all makes and models.

Paul Liu began his career in the automotive retail business in 1985, holding sales and management positions with an emphasis in luxury brands, including BMW. An Irvine, Calif. resident, Liu is passionate about the business and excited to be a part of the Crevier team where he will focus on Client Advisor mentoring and training as well as client satisfaction.

About Crevier BMW
Founded in 1971, Crevier BMW in Santa Ana enjoys the distinction as the most-awarded BMW dealership in North America. A primary reason for the dealership’s ongoing success is the people at the dealership -- a talented team of what many consider to be some of the nicest and happiest people in the industry who are committed to taking special care of their clients.

Crevier BMW also remains dedicated to the communities it serves and for many years has supported several local non-profit organizations and charities including: the Boys and Girls Club of Laguna Beach, America On Track, OC Human Relations, Human Options and the Probation Community Action Association. 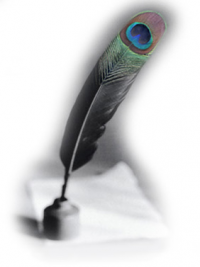