Kellan Fluckiger Seeks Crowdfunding via Kickstarter for the Tightrope of Depression: From Despair & Death to Love & Life

Depression is a drag and a mental illness. Support this crowdfunding campaign to help coach others through the battlefield known as depression.

Phoenix, AZ -- (SBWIRE) -- 12/09/2014 -- Depression is a silent killer and Kellan Fluckiger wants to do something about it. He's writing a book, creating a website, composing music and rendering art to chronicle his own journey through depression towards good health. The resources he's creating will help others who suffer from depression to find their own way out of a maze not of their own making.

These resources will help others find their way free from the monster of depression. Kellan also plans to launch a speaking tour to take the stigma out of this misunderstood mental illness.

As a former corporate executive, Kellan's transition to a business and breakthrough coach was easy for him as he has always been inspired to coach people seeking massive breakthroughs in life, business, relationships, physical fitness and other dimensions of existence. For nearly all of his adult life he lived with depression but didn't know it. Despite success in corporate life as a high achiever who enjoyed tremendous success, he ended each day empty inside and sought to find out why. What he discovered led him to his new calling as a life coach with credentials most people simply can't possess.

So what is the "Tightrope of Depression?" Depression is a silent monster and a subtle killer. It lurks in the shadows and strikes without warning to victims that are more often than not unaware of what's happening or why. Kellan suffered with this for 30 years with the worst of it encountered in the last 10 of them. In a constant push-pull conflict of his drive to succeed working against his own self-loathing and fear made daily life challenging in ways people free of depression couldn't possibly understand. Those who suffer from depression can easily understand what Kellan lived with for decades. Recent events have finally allowed Kellan to make the breakthrough to success and understanding giving him peace of mind he's never known before.

Kellan wants nothing more than to share his astounding discoveries with others who suffer from depression, so they can find their way to the light at the end of the dark tunnel of depression to a new life. He plans on achieving this through his book, music and artistic expressions meant to inspire and enlighten others similarly challenged.

Crowdfunding is sought for the design, printing and distribution of his book as well as the music and art and the website that will provide access to all of this life-changing material.

This crowdfunding campaign ends on December 24, 2014.

About Kellan Fluckiger
Kellan enjoyed a 30 year notable career as an energy executive and consultant where he served on national and international committees and boards, was a sought after speaker internationally, a regularly featured conference keynote lecturer guest university teacher, and a consultant for private and government and private interests. He was also a prominent figure in designing electricity markets in various areas of the world. He was part of various start-up companies and trained hundreds of people in productivity and self-management. 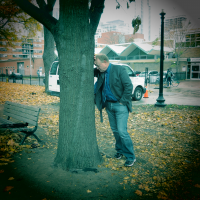 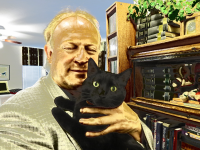 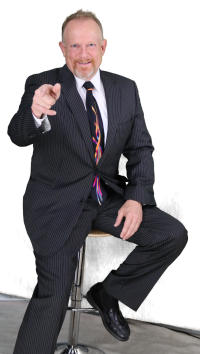