As fiction books go, this new novel could be a paradigm-changer after being published in paperback and on popular e-readers.

Los Angeles, CA -- (SBWIRE) -- 12/09/2014 -- This crowdfunding campaign is to help fund the publishing and marketing of an unconventional sci-fi thriller called "The God Thought" as both an eBook and paperback novel. Fans of fiction books are looking for something fresh and The God Thought won't disappoint.

The synopsis: "A massive explosion levels a small town in Kansas and rips apart the commercial airliner flying overhead. The wife and child of Oliver Wells are among the thousands reported dead. Authorities blame the tragedy on an accident at a fertilizer plant not up to code. A year later, still grappling with his depression, Oliver is accosted by a mysterious stranger who offers another answer:

A FARMER CAUSED THE EXPLOSION.??

AN EXPLOSION BORN OF THOUGHT.??

A THOUGHT SO PERFECT AND DIVINE IT'S SAID TO MIRROR WHAT GOD THOUGHT TO CONCEIVE THE UNIVERSE.??

Thrust into a hidden world of conspirators and luminaries who would do anything to attain the farmer's knowledge, Oliver finds himself in a race to confront the man who killed his family. To do so, he must test the limits of his sanity...

AND UNLOCK THE POWER OF THE GOD THOUGHT FOR HIMSELF."

Fiction fans should find the story familiar yet new all at once. Author Dave Cravens engaged a number of test readers who reverently agree. Unlike most authors, Cravens stepped outside the box and tested several drafts of the professionally edited manuscript on different test groups of readers and paid very close attention to their responses in putting together the finished novel he now seeks crowdfunding for.

The challenge of every author is getting readers to take a chance on a new novel by an author that doesn't enjoy international fame. To that end, Cravens has taken the risk away by making available several preview chapters of his book so not a single reader feels they're gambling their money on a book of dubious quality.

The crowdfunding goal of $1,000 and, if achieved, will enable Cravens to move forward with publishing this groundbreaking work of science fiction. 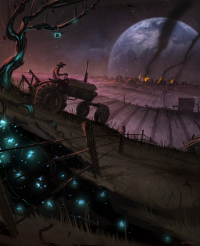 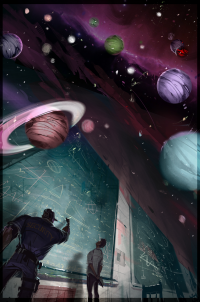 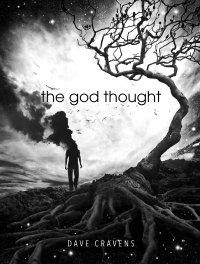