Pigeon Forge, TN -- (SBWIRE) -- 12/16/2014 -- Ghost Hunt Weekends, the world's premier organization for paranormal events, announced that it is headed to the Old Clay County Jail and Courthouse in Green Cove Springs, FL on Saturday, January 31, 2015 for their first event in the Sunshine State.

Amy Bruni of Syfy Channel's "Ghost Hunters" show will be leading the ghost hunting adventure, to be joined by fans eager to embark in the pioneering live ghost hunting event in the area. Participating paranormal enthusiasts will get to pose for photos with the paranormal investigator and historical researcher and get her autograph in the Meet and Greet.

"This event gives the opportunity for fans and ghost hunting enthusiast alike to spend a evening with a star from a hit reality television show at a haunted location featured on the show, and then go ghost hunting with everyone, it's as close to being part of the show as you can get." says Ghost Hunt Weekends President, Chad Morin.

The Old Clay County Jail and Courthouse was originally built in 1894 and in service until 1972. It has had over 5 documented executions, an assassinated sheriff and a number of suicides inside the jail and on the grounds. All of these events have fueled the reports and rumors of ghostly activity in and around the property.

The Jail and Courthouse was featured earlier this year on an episode of Ghost Hunters featuring Amy Bruni as she searched for answers to these paranormal claims. "The Jail is one of the few places I've been physically scratched, and believe it or not, that's very exciting for a paranormal investigator. I can't wait to get back!" said Amy Bruni.

Located at 21 Gratio Place, Green Cove Springs, FL just 25 miles West of St. Augustine, the Clay County Jail and Courthouse houses the Clay County Archives and is open for tours. Visitors touring the jail over the years have reported such paranormal activity including disembodied voices, moving jail cell doors and being touched and grabbed by unseen hands.

To find out more about the ghost hunting event slated for January 31, 2015 featuring the Ghost Hunters star, please visit http://www.ghosthuntweekends.com for information. 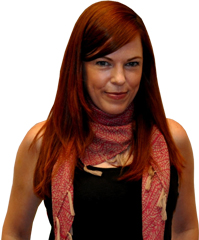