Anticipating the Fate with Penguin 4.0: Vitarank Speaks About Aligning the Future of Websites with Penguin 3.0's Minimal Effect in Worldwide Rankings

The supposed Penguin update to take a year in the making has resulted to various questions on the fate of many websites. Many strongly believe that the minimal effect of Penguin 3.0 to have so few victims is just the beginning of more compelling changes and challenges that may take place perhaps in Penguin 3.1 or Penguin 4.0.

Atlanta, GA -- (SBWIRE) -- 12/22/2014 -- After the Penguin 3.0 deliberately kicked-out unnatural spamming links and had low quality, aberrant websites got penalized. Changes in the overall rankings of numerous websites have finally revealed the 'winners' and 'losers' of the worldwide fluctuations, that many websites are now anticipating how will Penguin 4.0 will deal the minimal impact created by the recent algorithm update.

Lately, Google released Penguin 3.0 to run periodically to analyze through their database of links that is pointing back to the main websites to check against known spam sites and known manipulative techniques. Google rewards sites that have 'natural, valuable, authoritative, relative links' while it penalized sites that have built-in manipulative links exclusively for increasing rankings or does not appear natural.

When Penguin 3.0 was first released last October 18, 2014, Google said that the update could be a slow roll out. But on October 21 of the same year, Google's Pierre Farr confirmed that the algorithm was a 'refresh' with no new signals added but will continue to roll out indefinitely. This 'refresh' will help sites that have already cleaned up their Web spam signals discovered in the earlier Penguin updates to gain position while it demotes sites with newly discovered spam.

Penguin 3.0 is said to be doing a 'slow and cautious roll out' affecting less than 1% of queries in U.S English search results while it hit harder on low-ranking websites. The impact of Penguin 3.0 on the sites of many webmasters depends on the industry, recent rankings and the competition sharing the SERP (search engine result page).

But now that the turmoil in Penguin 3.0 was settled, Google has tidied up various pirate movie streams, illegal torrents, and similar sites, and showed the least effect on leading websites that dominates the ranking. QuickQuid, which is now topping the charts from number four position, attributes its increase in visibility to the term 'payday loans,' which has an approximate 201,000 search volume. Looking at this result, it can be said that the brand's ranking can be attributed from the high volume search queries and natural fluctuations within SERPs.

On the other hand, the anti-spam algorithm has hit losing brands with prominent URLs plummeting from the top position. It is no surprise that such sites experience a great downfall given that previous Penguin updates and Google's tougher standpoint on piracy has averted their rise in the rankings.

The supposed Penguin update to take a year in the making has resulted to various questions on the fate of many websites. Many strongly believe that the minimal effect of Penguin 3.0 to have so few victims is just the beginning of more compelling changes and challenges that may take place perhaps in Penguin 3.1 or Penguin 4.0.

The only thing that websites should be cautious about after the recent update, especially if the backlinks are from a vendor, or a provider, is to know whether the obtained links are from highly regarded authorities in the field or not. Keep in mind that obtaining high quality backlinks for the website may not always be the easiest path to take; still, it is the path that is worthy to take in this era of volatile cycle of Penguin updates.

About Vitarank
Vitarank has developed cutting edge SEO campaigns and providing results in highly competitive markets since 2009. With over 5,000 keywords ranked on page 1 of Google since its inception, Vitarank has been providing predictably positive results through the toughest and most competitive search engine landscapes in history.

With customers ranging from fortune 1000's, publishers, webmasters and super affiliates to large agencies who put their name on Vitarank's brand, customer satisfaction and on time results are Vitarank's only concern. Their on-time delivery guarantee ensures that its clients can hit deadlines and excel without micromanaging their SEO campaigns no matter what the company's size or volume of orders. 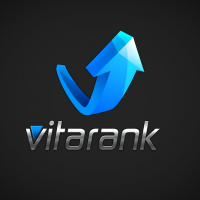