As USD Tightens the Grip to Supremacy: Greenbacks Set to Last for Several Years of Dominance

With this current diverging trend in most advanced economies - the loosening of the ECB and BOJ and the tightening of Fed in Forex managed accounts - it is still the dollar that will prevail and gain.

Naxxar, Malta -- (SBWIRE) -- 01/05/2015 -- Extension in the growing strength of the greenback is surely inevitable as it cuts off other major competitive market currencies like the Euro (EUR) and the Yen (JPY). Driven by the expected deviation in monetary policy, prevailing growth of GDP, the health of the global market, and the upcoming Fed decisions on interest rates. Competing currencies start to wonder as to when the good times will keep rolling for the U.S dollar to grip the no. 1 spot.

The resilience of the dollar in the world market garners the brightest spot among other major economies that the Q3 of this year's GDP showed an annualized growth of 3.5% which is far higher than other industrialized economies, hitting a seven-year high against the Japanese yen on its highest level since July 2007 and repeatedly have Russian rubles hit the all-time lows.

The strength of the greenback today can be attributed to the wrap up of Fed to its long-running and highly unorthodox economic -stimulus program. That in the recent years, the US had experienced major recessions and weakening currency due to a torrent of dollars spilling into global financial market. However, with US exit from the quantitative easing efforts and pullbacks, the world market will be generally be under the prolonged period of US dollar dominance.

Furthermore, Goldman Sachs clarifies that the 'expectations that USD strength will extend remains a core element of their macro and market views and that the viewed movement in the context of real USD will still move modestly in the post-Bretton Woods era'. They advised clients to stay 'strategically bullish' on the dollar in 2015 as they see more 'glory days' for the greenback.

Yet, as the US leaves the QE behind, the European Central Bank (ECB) is likely expected to begin their own quantitative easing program in aims to combat potential deflation and shove the slumping growth in the Euro zone with the possibility of intensifying the downward pressure on the common currency. While the Bank of Japan (BOJ) surprised markets as it broadens its own monetary-expansion program to help push the Yen down to 120 to the dollar by the end of 2015.

With this current diverging trend in most advanced economies - the loosening of the ECB and BOJ and the tightening of Fed in Forex managed accounts - it is still the dollar that will prevail and gain. The fact that no other currency was able to rival USD to the no.1 position, that the Euro was battered by the multi-year sovereign-debt crisis, and policymakers slow introduction to financial reforms in Beijing; no wonder that the 'glory days' for the greenback will last for several years.

Truly, it will take a lot of financial reforms and long term factors to play in order to knock out the dollar supremacy; now that more and more nations are willing to settle for more trades in between to cope up with the volatile trends in the world market.

About Lanova Investments
Lanova Investments' investment philosophy emphasizes the importance of compounding long term capital growth associated with equity investing while maintaining flexibility to shift asset allocations away from equities when our outlook for that asset class is highly negative. Depending upon the clients' individual needs, they actively manage the allocation of assets between stocks, bonds, and cash based on their risk and return expectations for each asset class. Their Investment Policy Committee uses several proprietary models in conjunction with years of industry experience to determine the optimal allocation. 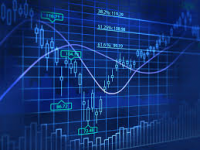 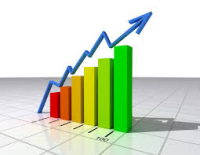