Dr. Antonio Borrello and his Ex-Wife Dr. Theresa Pavone Seek Crowdfunding for a Relationships Book Unlike Any Ever Published Before.

Bloomfield Hills, MI -- (SBWIRE) -- 01/14/2015 -- This husband and ex-wife team has written a book that delivers a whole new perspective on relationships never seen before. This daring new book on relationships shows readers how to improve existing relationships or find lifelong love in the age of social media. As we spend more time communicating with friends, family, co-workers and even total strangers online more than other medium, the need is clear for the new rules of engagement in our modern digital landscape.

Relationships 2.0: Finding Love in the Age of Social Media and the Mobile Web is the result.

As a psychologist and relationship therapist, Dr. Antonio Borrello had spent more than ten years working with thousands of people to improve and heal their most important relationships. His scientific background and passion for helping people led Antonio to become a recognized dating and relationship expert. It even inspired him to begin writing his first book ... Until he got divorced. The irony of his situation struck him like lightning. Suddenly, Antonio was forced to reevaluate every aspect of his personal life and professional practice. Was he the relationship expert he thought he was? Did he really know as much about interpersonal relationships as he led himself to believe?

Moreover, what would become of his career and his new book project? How many clients would have confidence in a divorced marriage therapist? How many readers would be pre-ordering a book on relationships written by someone who had a failed marriage under his belt?

Personal struggles forced him to address even more pressing matters as he and his former wife (and current co-author) struggled through a difficult adjustment period. Married or not, they were both determined to redefine their relationship and successfully uncouple while remaining successful as parents. Through patience, understanding, hard work and a little bit of luck, Antonio and Theresa were able to develop a new co-parenting friendship that is mutually rewarding and beneficial to their children.

Suddenly, Dr. Borrello had an entirely new topic to add to his book. As he and his ex-wife started the dating game all over again with the added dynamic of technology that could be considered at, best, in its infancy when they tied the knot. Comparing notes on their experiences with texting, online dating and even getting asked to dinner via Facebook, Antonio and Theresa have come together to co-author the new book Relationships 2.0, revealing everything they have discovered since they ventured back into the exhilarating and occasionally frustrating world of single-hood, and of course, imparting some of their wisdom from their many years in the field of psychology.

Adding a relationships perspective that perhaps has never been shared before, this former couple and current writing duo, anyone reading Relationships 2.0 will be able to understand difficult dating or relationship situations and the changes that are necessary to improve their relationships.

Crowdfunding is sought to cover the costs of final editing, typesetting and book design as the book itself has already been written. Funds raised will also be invested in a polished website leading to online book sales as well as printing and shipping the book itself.

What's particularly exciting is that anyone who shares the news of this crowdfunding campaign with others as outlined on their Kickstarter page can get an eBook copy for free.

This crowdfunding project ends on February 11, 2015.

The Relationships 2.0: Finding Love in the Age of Social Media Kickstarter Page - http://kck.st/1CfDGEa

About the Authors of Dating 2.0
Author: Antonio Borrello Ph.D. As a psychologist and marriage/relationship counselor Antonio Borrello has earned the reputation as "The Therapist Who Saves Relationships." Antonio has spent the past 20 years both as a Professor and in Private Practice as a clinical psychologist specializing in relationship therapy. Antonio has authored and published several works. He is dedicating this book to his two children, Gianna and Antonio.

Co-Author: Theresa Pavone Ph.D. As an inspiring author and an Industrial and Organizational Psychologist Theresa prides herself on improving relationships in the workplace with effective coaching and work-life balance techniques. Theresa has spent the last 20 years as a Professor and working with Inc. 500 companies. She has authored and published several works. Her greatest accomplishment is her role as a mother for two children Gianna and Antonio. 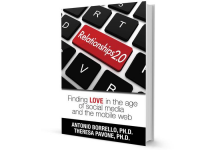 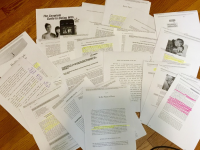 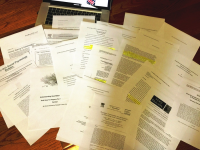 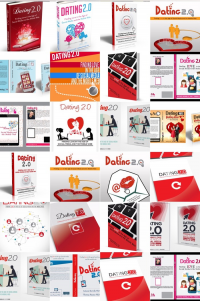