Rose Racer is an arcade racing game that follows Rose, a beloved doll, and her friends as they come to life to race around their house.

Charlotte, NC -- (SBWIRE) -- 01/19/2015 -- For anyone who ever let their imagination run wild and wondered what happens at home when there's no one around and everything's quiet, Rose Racer proposes a fun and exciting answer. Imagine a house where toys, toy cars, and race tracks come to life, and you've got the premise of Rose Racer.

Rose Racer is an arcade racing game for Windows inspired by classic and extremely popular kart racing video games of the 1990's. The game gives video game fans a choice of 6 different characters, each with their own individual cars. The game will feature 6 race tracks and when it's complete, each race track will be found in a different room of the house.

The Nacelle Games design team is building Rose Racer from the ground up to be a fun local multiplayer game for up to 4 players, without the need for any sort of networking. During each race, players can pick up power-ups and other items like marbles and jacks to give racers the edge in crossing the finish line first. For added excitement an arena battle mode is part of the plan.

Much more than just another multiplayer racing game, the designers want players to be able to explore the world of Rose and her friends, get to know the characters they'll be racing with, and experience the sense of wonder and exploration everyone loves in adventure games. This inspired the design team to make a story mode for Rose Racer.

About Rose Racer
Rose Racer is the biggest project Nacelle Games has tackled to date, but they have every confidence that it will also be their most successful project to date. After months of hard work, the team has an alpha version of the game ready, with one of the 6 planned racing tracks complete.

The crowdfunding goal of $69,000 will allow for completion of the game by expanding the team to not only include the original design members but also additional artists, voice actors, a level designer, and a sound designer to make Rose Racer the best game of its kind.

This crowdfunding campaign ends on February 10, 2015. 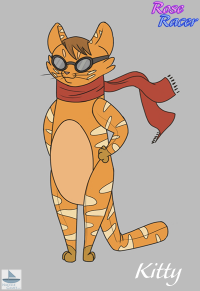 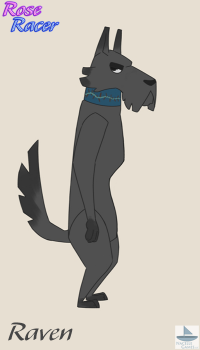