Could Official Disclosure of an Extraterrestrial Presence Be Imminent? Lobbyist Stephen Bassett Says It Is

After nearly two decades lobbying for the US government to officially disclose that there is an Extraterrestrial presence engaging with humanity, Stephen Bassett explains to Ann Gelsheimer on Conscious Evolution Radio why he believes this is one of the most important issues in our world at this time and why he believes official disclosure may happen soon.

Phoenix, AZ -- (SBWIRE) -- 01/22/2015 -- Given that the Vatican, NASA, and the Library of Congress have hosted conferences to prepare scientists for the discovery of life beyond the Earth, the UN is considering drafting protocols for contact with ETs, and more than 20 countries have initiated either full or partial disclosure of their UFO files, maybe Stephen Basset is correct that the time for full official disclosure of contact with intelligent extraterrestrial beings is close at hand. Indeed, how could we reasonably continue to assume we are the only intelligent life present in a galaxy with more than 100 million habitable planets as estimated by data received from the Kepler space observatory?

During his interview with Ann Gelsheimer, Mr. Bassett explained that the government sponsored truth embargo officially began the day that the crash of an extraterrestrial craft in Roswell, New Mexico was denied by the Air Force in 1947. Since that time, well-credentialed witnesses such as Capt. Robert Salas, Sgt. Jim Penniston, Lt. Col. Phillip Corso, and astronaut Col. Gordon Cooper have come forward to provide their first-hand knowledge regarding contact with Extraterrestrial craft. And yet, the official White House response continues to be that there is "no evidence any life exists outside our planet, or that an extraterrestrial presence has contacted or engaged any member of the human race. In addition, there is no credible information to suggest that any evidence is being hidden from the public's eye."

As a political activist and a leading advocate for ending the 67-year government imposed truth embargo regarding an extraterrestrial presence engaging the human race, Mr. Bassett believes that official White House disclosure of contact with Extraterrestrials could happen as soon as the spring of 2015. To persuade the government that it is time to tell the truth on this issue, Mr. Bassett's organization, The Paradigm Research Group (PRG), has provided all members of the US Congress and Senate with DVDs containing over 30 hours of testimony from 40 witnesses representing 10 countries. Their expert testimony relates to events and evidence of an Extraterrestrial presence engaging the human race. In addition, PRG has posted a petition on the White House website calling on the Obama administration to support congressional hearings for government/agency/political witnesses to ET related events and evidence. These would be the first congressional hearings on ET related information since 1968.

Ann Gelsheimer, Host of Conscious Evolution Radio, has interviewed prominent researchers, authors, and contact group organizers regarding their knowledge of extraterrestrial contact. She described Stephen Bassett as a respected and tireless crusader for truth in his effort to bring an end to the outdated and unhelpful government-enforced cover-up regarding the many ET races visiting Earth. She added, "While there may have been a time when the government believed they had good reasons to hide evidence of contact with ETs, people are now ready to hear the truth. I have met people from all walks of life and many different countries who have personally witnessed ET craft, some who have had direct contact with ET beings, and many more who would like to make peaceful contact with extraterrestrials. As a species, we are ready to evolve into the awareness of ourselves as one of many intelligent forms of life in the universe."

Conscious Evolution Radio profiles fascinating guests, ideas, stories, practices and resources that support the choice to move into higher consciousness. Interviews can be heard on demand after their initial air date.

To learn more about Stephen Bassett and his work or to sign the new petition calling for congressional hearings, please go to: 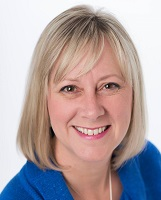 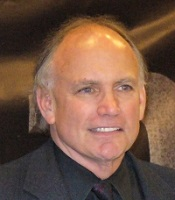