Mobile Experience in 2015 as Perceived: Anticipating the Fate of Mobile Devices and Its Latest Offerings to Billions of Consumers

With the rise in rate of adopting tablet and other mobile device as a necessity, brands should be worried as to how they would offer a better feature for users that haven’t been done before to help further enhance mobile device experience.

Flagstaff, AZ -- (SBWIRE) -- 01/23/2015 -- "With fewer devices, slower releases and new design", this is what consumers is yet to anticipate from Sony to shake things up for this year's latest gadget offering. Though the company firmly seals their lips about the upcoming Xperia Z4 and how it would set to dominate the world at the 2nd to 5th of March despite the issues of hack scandal, consumers have something to look forward to other than Sony as major mobile companies that produces android tablet is also set to undergo a lot of significant changes this year.

Though the efforts of these key players in manufacturing mobile devices will never be wasted as recent reports had shown that more than a billion consumers is expected to use mobile devices – particularly tablets in 2015; with the bigger portion from China. The growth in the coming years might be slowed down, as 15% of the global population will still use tablets at least once a month. Yet, for some analyst the growth rate of tablet users from 2013 and 2014 have shown a slowness which made experts to conclude that it will slow down further by 17.1% in 2015.

The drawbacks experienced by many tablet manufactures may be due to three trends underlying with the use of tablet such as having an impression that the tablets are 'luxury items', the increase in competition from smart phones and a plethora of connected devices including phablets, wearables, gaming consoles and TVs; and the unclear purpose of the tablet in the market where smartphones and phablets dominates.

Even Apple faced such dilemma as its year on year sales declines in the last two financial quarters due to the fact that many tablet owners seemed to be contented in waiting three or four years before they upgrade to the latest devices. However, with the recent news of the shift of what's in and out in the market today, Sony and other major companies will still pursue its decision to cut devices from the low end which is seen to be in an unhealthy competition with lost-cost products from Chinese companies, make changes in design language and on product release cycle.

Yet, seeing that there's a 'slow' future for many mobile devices in the coming year, on the other hand, android tablet has taken 65% of the tablet operating system market share in the previous year and is expected to continually flourish as many would target on optimizing their devices that will allow users to get a good grasp of the user-friendly interface and adjust accordingly.

Still, with the rise in rate of adopting tablet and other mobile device as a necessity, brands should be worried as to how they would offer a better feature for users that haven't been done before to help further enhance mobile device experience. With gadgets that offers multi-tasking, no doubt that this feature will also become mainstream in the near future. And probably, users will begin to wonder what lies ahead devices.

About IVIEW
IVIEW provides both Original Equipment Manufacturing (OEM) and Original Design Manufacturing (ODM) services. They make products based on customers' requirements and specifications. Anyone who would like to take advantage of their manufacturing strength to increase their product offerings, IVIEW's skillful engineers and technicians are standing by. 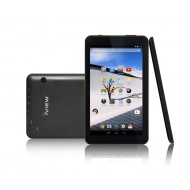 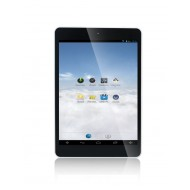