Predicting the Trends in Lighting and LEDs: Restructuring of Global Lighting Companies to Affect Availability of Lighting Fixtures in the World Market

In a nutshell, there’s a long way for LED lighting to be fully utilized by household around the world with the many changes in the market that consumers and companies has to face, still, with the recent developments and innovations with the use of lighting and LEDs, it’s already a prerogative to install it since it guarantees long term energy sustainability.

Viladecans, Barcelona -- (SBWIRE) -- 01/26/2015 -- Major restructuring that will allow raise on capital for investment in 2015 will be expected on global lighting companies since the last year's restructuring has the potential to improve margins for LED companies, and will lead to a more affordable product prices for consumers. As the new white paper issued by IHS reveals the fate of lighting and LED for 2015, experts can't help but think what lies ahead for big three lighting suppliers who had a rough road in the first three quarters of 2014.

Now that another year has started, industry watchers are more eager to observe what will happen to the three key players in lighting and LED. With the huge shift happening from the past few years where the authorities highly encourage people to switch from conventional lighting to LED and the massive production of this big three companies to supply the need LED lighting on various establishments, it's not surprising that people will expect for precios bombilla LED changes this year.

It was noted that switching to LED could be costly yet in the long run would help consumers save more since it does not consume too much energy and does not need to be replaced regularly unlike other conventional lighting. And with the rise in the popularity of LED as the solution to fight hefty bills on energy to pay, beyond that, there are trends for this year as predicted by the IHS technology research team that is yet to be anticipated, such as:

1. The continuous growth of the LED dragon in the vale chain but has to clear out any negative reviews in regards to the quality of their product that hinders their progression despite price control in the lower end.

3. Reorganization of lighting companies can help in focusing on dynamic markets since it will decrease hierarchal burden from being part of a larger corporation.

5. Quantum-Dot LEDs could kill off OLED displays but will not be much commercially available by 2015 or 2016 as it has some challenges to overcome.

7. LED filament lamps as a new threat to other LED lighting products in terms of efficiency, price and color-rending capabilities.

8. Packaged LED industry to move downstream and smart lighting sensors and controls as a key trend in 2015.

9. Larger-city wide installations of LED streetlight to play a vital role in the world.

10. Lucrative year for application of optoelectronic components in automotives

In a nutshell, there's a long way for LED lighting to be fully utilized by household around the world with the many changes in the market that consumers and companies has to face, still, with the recent developments and innovations with the use of lighting and LEDs, it's already a prerogative to install it since it guarantees long term energy sustainability. 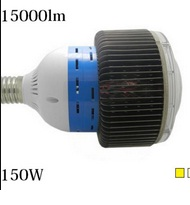 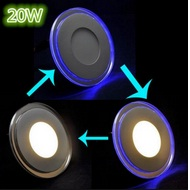 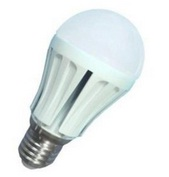