Truly, with the help of mobile technology and its continuous development, emoticons have been the new universal language that anyone can comprehend which makes communication easier and more meaningful.

Beaver Falls, PA -- (SBWIRE) -- 01/26/2015 -- Words might fail people to fully convey what they really intend, but emoticons can do something to fill in the gaps and nuisances with its visual representation of human emotions. And seeing the much potential of emoticons to make work environments more accommodating and communication even lighter and friendly without violating any code of conduct, it's not surprising that even science gives its stand why emoticons should be used in writing and in social media – but with constraints.

Recent scientific studies have revealed that emoticons can make a person popular, allow people to react like they would in person, works fine in email-oriented business settings, softens harsh criticisms, makes a person appear friendlier and more competent, creates a happier work environment and gives a positive effect on the sender and the receiver. With the new set of Facebook emoticons 2015 now available for download, communicating using this visual language will be more expressive.

Blinking eye that shows an emoticon with one eye open while the other isn't and is smiling with pouty lips.

Clapping emoticon with an icon that is smiling with gladness and hands clapping which are good for giving positive feedbacks or congratulating an employee for a job well done.

Angel emoticon that depicts an icon with a pair of wings and hands clasped together which is good for expressing deep gratitude for favors given or by telling someone that they are a heaven sent.

Heart-giving emoticon that displays an icon handing a heart with a sincere look in the face which can be used if people wants to show that they care.

'Yikes!' Emoticon is an emoticon used when something happened unexpectedly.

'Saying Enough' Emoticon shows an emoticon with eyes shut facing the other side while its hand is like stopping someone from talking. This is a good emoticon if a person doesn't want to hear any more excuses.

Head-scratching Emoticon is an emoticon that shows an icon scratching its head with eyebrows unaligned as if thinking that something is forgotten.
Dentist emoticon is another new emoticon that brushes its teeth. It can be used to tell someone if a person is not ready to talk yet and has to do some hygienic regimens first.

Laughing and Pointing Emoticon is an emoticon that depicts an icon with mouth widely open as it laughs while pointing to something, a good way to show how hilarious something is but should be used only with close friends.

Aside from these emoticons mentioned above, others that will certainly make every conversation entertaining and humorous are the frappe, gold coin, cupcake, selfies, scorpion, head of a T-Rex, a burrito, candlelight and a unicorn. Just make sure to download it or get the codes when a person wants to include it in their Facebook posts, tweets or blog post.

Truly, with the help of mobile technology and its continuous development, emoticons have been the new universal language that anyone can comprehend which makes communication easier and more meaningful. 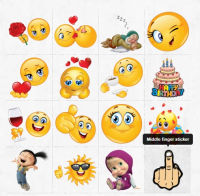 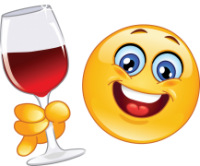