People can ask help from recovery facilities like Soba Mesa Arizona, who have well-trained resident specialists and staffs that conducts drug testing and are capable of identifying necessary treatments and programs in case of drug dependency. Such facilities can offer drug dependents long term solutions to get fully sober.

Malibu, CA -- (SBWIRE) -- 01/26/2015 -- A call for dangerous-drug alert system is now encouraged as authorities have received several reports of drug overdose that reaped the lives of four men in the UK and will continue to take more if authorities fail to issue early warnings of the dangers of the pill circulating as an ecstasy and make drug-testing facilities widely available to prevent further damages and deaths.

'Superman' pills or ParaMethoxymethamphetamine (PMMA)-contained ecstasy tablets are believed to be the culprit to the death of four people in Britain after overdosing the said pill since it works slowly after consumption causing users to take another dose. The fatalities of this red tablet with letter 'S' embedded on each side was first reported by the Netherlands, yet the Public Health England didn't make any move for the reason that the NHS body argued that 'there was no evidence at the time the pills had reached Britain.'

It was Dr. Fiona Measham, a professor of criminology at Durham University and whose equipments can test the chemical makeup of drugs in a minute; broke the silence and immediately alerts UK about the notice given by a local drug testing group. For her, the warning is too important to ignore and should be known to the public at once.

While neuro-psychopharmacologist David Nutt strongly believes that the international attempt to prohibit the production and sale of Ecstasy or MDMA (3, 4 methylenedioxy-methamphetamine) is the direct consequence of banning 'precursor' chemicals since chemist would resort to alternative precursors. Such alternative known was the aniseed oil which produces PMA or PMMA when is subjected to MDMA production processes. That for Prof. Nutt the incident is an example of greater harm from the alternative upon prohibiting one drug.

And to prevent any more casualties from taking the drug, facilities that will conduct drug-testing should be made available that will not threaten the public with the prosecution and publishing the test results from confiscated tablets should be introduced. In this way, users will be given the chance to make a decision whether to take or not the drugs they are possessing.

People can ask help from recovery facilities like Soba Mesa Arizona, who have well-trained resident specialists and staffs that conducts drug testing and are capable of identifying necessary treatments and programs in case of drug dependency. Such facilities can offer drug dependents long term solutions to get fully sober.

Granted that a deadly pill is circulating the market and warnings are already issued by the authorities about the fatalities of this 'Superman' pill, establishing a drug alert system that will sift every drug-related issue will help people make decisions before taking a drug.

About Soba Recovery Center
At Soba, they are dedicated to helping their friends overcome the destruction of addiction and substance abuse. No one suffering from addiction planned it. No one wants to admit they really have a problem. Drugs and alcohol are many times the only solution we know. At Soba, with the help of their staff, they will help patients understand what seems so confusing right now. They will prepare a personalized plan for them to find the underlying causes of their addiction and ways to address it. Soba's program takes a holistic approach of different therapies with the most experienced and professional staff in the field of treatable psychological disorders designed to provide long-term care for individuals seeking treatment for drug and alcohol addiction. 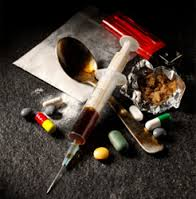