A Breakthrough in How We Perceive Traumatic Brain Injury Patients

Activist and Author Jessica Elizabeth Taylor shares her Triumph over Tragedy story as she clawed her way back from the brink of near oblivion. "There may be no greater loss than losing one’s ability to reason in the external world.” Her journey is precisely what she faced and triumphed over.

Phoenix, AZ -- (SBWIRE) -- 01/26/2015 -- Jessica Elizabeth Taylor is the daughter of the late Gordie Taylor, a Scottish actor and musician. She was a professional actress and an award winning Irish dancer during her childhood years.

Taylor is an activist for Head Injury Awareness, and was honored to have been featured in the Betty Clooney Center Newsletter, March 2013. She was also featured on the Hidden Heroes documentary film on Canadian TV as well as several National TV and radio chat shows in both the North and South of Ireland. Her story has saved three lives, and gives "hope an inspiration" to stroke and ABI survivors.

Her book, "Tragedy To Triumph" is a testimony of the human spirit and an incredible journey of a young girl growing up in a humble Irish background, becoming a mother, a wife, and highly successful businesswomen only to have it all dashed by a terrible head and brain trauma which left her for years in the murky annals of confusion and terror.

Against the backdrop of rural and urban life across continents, this story of one woman's triumph against the odds of a very grim diagnosis weaves into a multiplicity of human dramas with each true-life character playing an integral role, from amazing jazz and theatre personalities to her family and dearest friends.

Taylor's tells the story not only of her terrible physical and mental trauma, the suffering of those who loved her and her remarkable comeback, but also of her quest for justice in one of the longest protracted civil case in Canadian history only to leave little recompense for her lost and debilitated years. Taylor opens up an entirely new dialogue about how we deal with the millions of people suffering from Traumatic Brain Injuries. This is a wake-up call.

Taylor recounts her amazing story on January 28, 2015 with Voice America Talk Show Host Georgene Summers. Her fantastic show "On the Edge With Georgene Summers" has hosted incredible guests with remarkable stories every week since September 10, 2014 and she is definitely on a roll. This edgy show is aimed at empowering women but has many a male listener who delight in her current and informative topics as well as her multi-faceted guests. Her style of interviewing is mixed with humor and excavation as she probes into her guests with a loving hand. Summers is an Author, Speaker, Adventurer, Inventor, Wildlife Photographer and Successful Businesswoman so when she talks people listen. This show is provocative and fascinating and the guest list just keeps getting more and more exciting. Rumor has it that Summers will be hosting her first male guest in the next several months. An Internationally acclaimed Author and Speaker this show is bound to have listeners from all over the world tuning in. Be sure to tune in to "On The Edge With Georgene Summers" Weekly on Wednesdays at 10am PT 1pm EST and be prepared to become addicted. 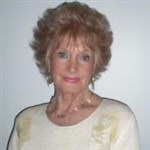