Mike Booth of GEM SHOPPING NETWORK as Special Guest on "From the Boardroom to the Bedroom: The Protocol Praxis with Suzanne Z. Pedro" on VoiceAmericaEmpowerment.com

The jewelry that we choose not only makes the wearer feel good, but it also makes a first impression and helps to create the persona we wish to portray. Mike Booth is an expert in gems and jewelry, and he has his own story of how he worked for and discovered success on the Gem Shopping Network. Mike will give tips and advice on how to choose the perfect gem to empower listeners and to make them feel like sparkling jewels.

Phoenix, AZ -- (SBWIRE) -- 01/27/2015 -- Host Suzanne Z. Pedro is very excited to welcome the Gem Shopping Network's Mike Booth as her special guest on her weekly radio show, "From the Boardroom to the Bedroom: The Protocol Praxis with Suzanne Z. Pedro." On a nightly basis, Mike Booth is in the living rooms of millions of American homes. His knowledge and expertise of gems and jewelry inspires and empowers others.

Mike Booth started his career as an auctioneer in 1976 and began working in a high-end auction gallery with fine jewelry in 1980. During his 15 years with the Gem Shopping network, Mike has become well known for his colorful Hawaiian and western shirts. Jewelry Extravaganza with Mike has a wide variety of merchandise including designer jewelry, estate, close-outs, as well as exquisite custom-made jewelry. One of Mike's favorite events on every show is his "deal of the day." In addition to his auctioneer and hosting skills, Mike has been a Nashville Recording Artist recording 10 albums including 2 with the Jordanaires and a Florida State Dance Champion. Mike is clearly an entertainer and a showman! He has had the privilege of being the face and voice behind the introduction of the new find in Oregon, the Oregon Copper Bearing Sunstone which has become one of his favorite gemstones..

The Gem Shopping Network (GSN) first aired in 1997 and now reaches more than 40 million households across America. The hosts of GSN combine entertainment and education while presenting rare gemstones and fine jewelry. GSN viewers have an interactive, attentive experience from the privacy of their own home. GSN has a vast array of on-air personalities and guests who show fine, designer merchandise, rare gemstones, estate jewelry, collectibles, and interesting minerals from the earth. GSN offers mostly 14k-24k gold, higher graded accent diamonds, fine to finest quality colored stones as well as precision craftsmanship.

On January 27, 2015, host Suzanne Z. Pedro will talk LIVE to Mike Booth of the Gem Shopping Network. In this sure to be inspiring conversation, Mike will discuss his background as an auctioneer, how he became one of the most successful hosts on the Gem Shopping Network, and how gems and jewelry can inspire and empower the wearer. Mike is a "gem" and will help listeners find their own sparkle!

"From the Boardroom to the Bedroom" helps listeners master an arsenal of neuro-behavioral skills to appeal to others' subconscious motivations. It seeks to arm listeners with influence, power, and persuasion faster and successfully in all facets of life…from the workplace to personal relationships…from "the boardroom to the bedroom."

About Suzanne Z. Pedro
Host Suzanne Zazulak Pedro, CPC, is the founder and CEO of the Protocol Praxis, LLC, is a quoted media expert, and is co-author of Executive Etiquette Power, Incredible Business, and The Power of Civility. She has crafted her academic and professional certifications in executive coaching and corporate etiquette into a cutting-edge technique to successfully help others master their ultimate power, persuasion, and influence for business and personal success. Suzanne holds a Bachelor of Arts in Psychology and a Master's of Science in Criminal Justice and Behavioral Analysis. 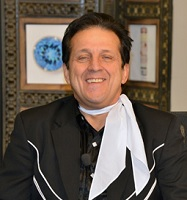 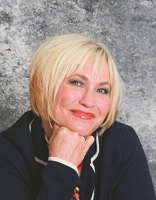