Designed to make listeners get up and dance, Elena Rose’s music is an inspiring blend of pop and R&B accompanied by uplifting lyrics and a beautiful voice. Compared to pop icons such as Cher and Madonna, Rose’s single “Whatever” is part of her emergence onto the indie pop landscape. Since her 2008 release Elena Rose 11 Remix, Rose has been working persistently behind the scenes to promote her music to online listeners.

Fenton, MI -- (SBWIRE) -- 01/28/2015 -- Hailing from Brooklyn, New York, Elena Rose learned to survive in the big city, an element of her life that influences her brand of music. Spending her days on Brighton Beach and her nights under the bright lights of Coney Island, Rose cultivated her own musical style, which was inspired by her poetic songwriting ability. Inspiration from her father also helped to discover and hone her captivating singing voice. In 2008, she released her debut album Elena Rose 11 Remix, which led to numerous opportunities including performing on the Royal Caribbean cruise line and being featured on radio stations nationwide.

Her single "Whatever", the highlight of her debut album, allowed her to gain international exposure and help promote her music on a global scale. Recorded using a home studio, Rose's music has a polished, yet independent feel and is a breath of fresh air in an industry focused on overproduction. Her meaningful, inspiring lyrics convey a positive message that is suitable for all ages, and are backed by energetic melodies and uplifting instrumentals. Now living a quiet life in Bergenfield, New Jersey, Rose enjoys a laid back lifestyle, the inspiration for her more mature, yet youthful music.

"Whatever" is currently available in iTunes, CD Baby, Amazon, and other online media outlets along with the rest of Elena Rose 11 Remix. Listeners can also check out the video for "Whatever" as well as 15 other songs from her catalog on YouTube. Viewers can also find some behind the scenes looks at work involved within the international pop music genre. For more information on Elena Rose, Elena Rose 11 Remix, and her single "Whatever", check out her site at http://www.elenarosemusic.com. 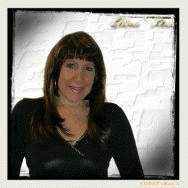